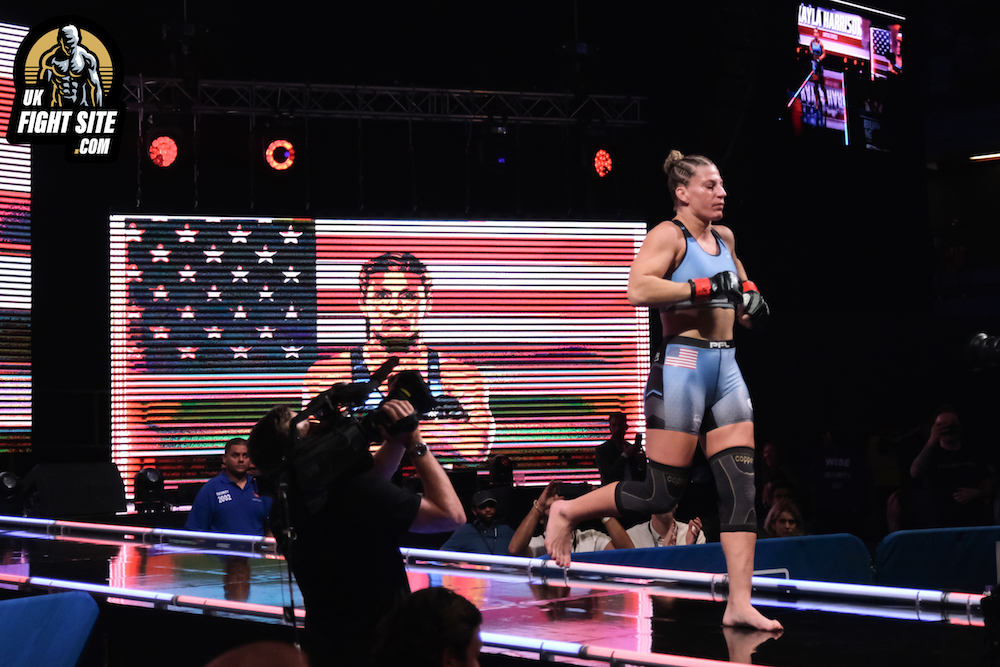 Two-time PFL women’s lightweight champion Kayla Harrison made her triumphant return to the city where she won her first Olympic gold medal in 2012.

There was a short feeling process in the first round where Martina landed a right hook and leg kick. Kayla caught a sidekick and took her opponent down to the canvas where she quickly transitioned to side control. The American landed punches from side control while looking for the crucifix position. Harrison transitioned to full mount and unleashed some solid ground and pound before sinking in the arm-triangle choke for the submission at 3:17.

Harrison improved to 15-0 and advanced to the 2022 PFL women’s lightweight finals where she’ll face Larissa Pacheco for the third time.

The two-time Olympic gold medalist declared herself the queen of women’s MMA in the post-fight interview and continued to call out Amanda Nunes and Cris Cyborg.