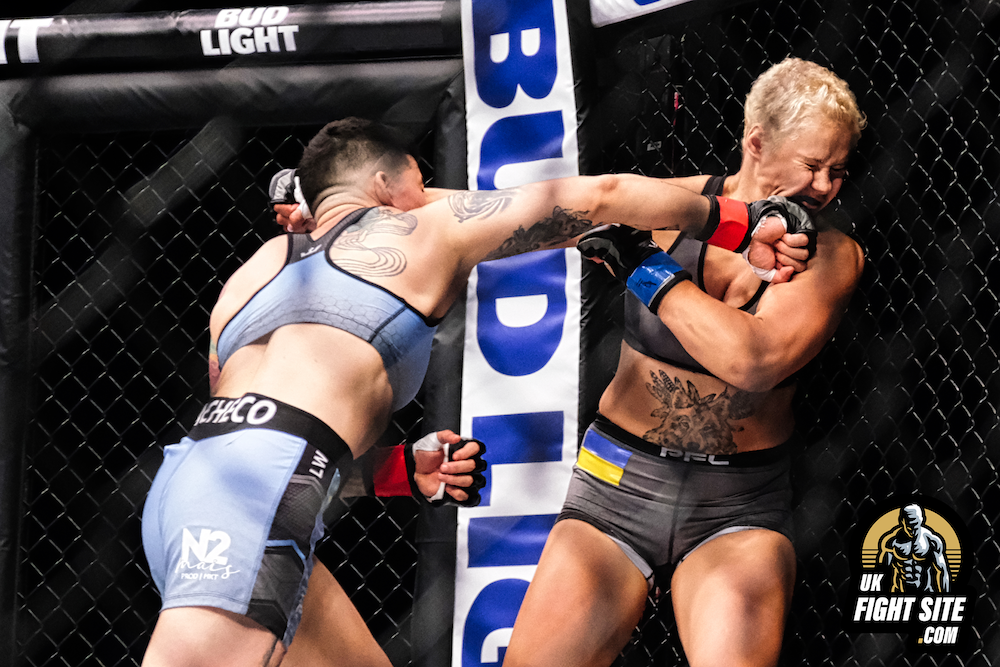 Larissa Pacheco defeated Olena Kolesnyk in the women’s lightweight semifinals at the 2022 PFL Playoffs on Saturday night at Copper Box Arena in London.

Pacheco stalked her opponent around the SmartCage until she landed a hard left hook that dropped the Ukrainian to the canvas. Pacheco blitzed Kolesnyk with heavy punches forcing the referee to step in and call a stop to the onslaught in round one.

Larissa improves to 18-4 and advances to the finals for the second time in the Professional Fighters League. The Brazilian has racked up an impressive five wins in a row by first round knockout since losing to Kayla Harrison at PFL 10 in 2019.