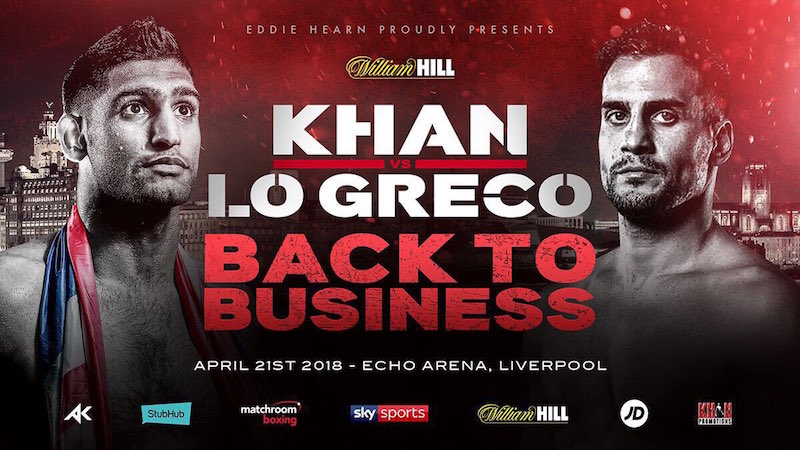 Amir Khan is scheduled to take on Phil Lo Greco in his Matchroom Boxing debut on Saturday 21st April at the Echo Arena in Liverpool.

Amir Khan (31-4) is trying to rebuild his career after a crushing knockout loss at middleweight to Canelo Alvarez in 2016. The Olympic silver medalist’s last fight on British soil was against former IBF lightweight world champion Julio Diaz at Motorpoint Arena, Sheffield in 2013. Khan is fresh off his appearance on ITV’s I’m a Celebrity… Get Me Out of Here!

Former WBC international welterweight champion Phil Lo Greco (28-3) has 15 knockout wins on his professional record. The Candian has been campaigning for this fight on social media by comparing Khan to reality television star Kim Kardashian.

THE FIGHT IS ON. pic.twitter.com/HqOYYoEqRR

The fight card will air live on Sky Sports. Tickets go on sale at midday tomorrow to Matchroom Fight Pass members and on general sale at midday Wednesday 31st January.