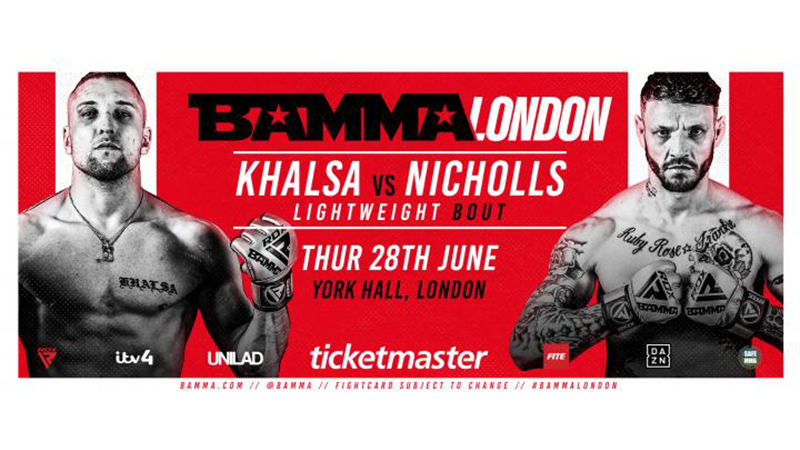 David Khalsa (2-2) will be looking to get back in the win column after back to back losses. Khalsa began his professional career under the BAMMA banner with wins over Cian Cowley and Charlie Boy Howard. Khalsa had an impressive amateur record of 6-1 in the Battle Arena promotion. The Trojan fighter recently inked a new multi-fight deal with BAMMA.

John Nicholls (2-2) is also coming off a two-fight skid in his professional career. Nicholls went 4-1 as an amateur in the WCMMA promotion, where be captured the WCMMA welterweight title. No Mercy joined the professional ranks in the UCMMA, where he scored first-round stoppages over Michael Lammor and Dontel Forrester.