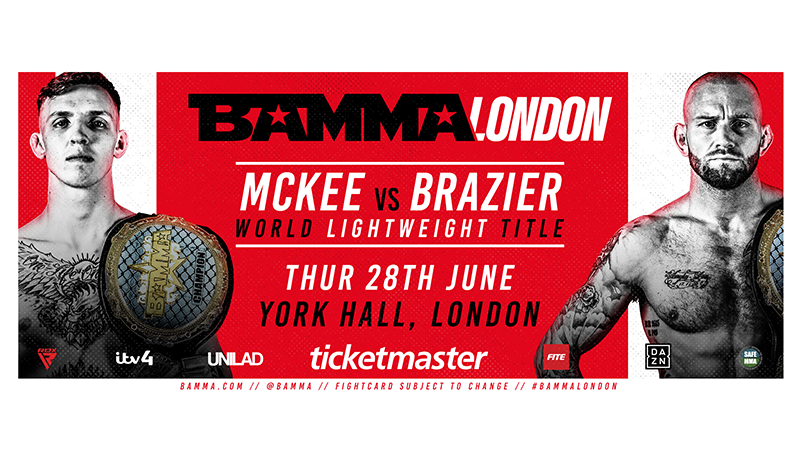 Rhys “Skeletor” McKee (7-1-1) rebound from his first professional loss and a majority draw with impressive back to back wins in the BAMMA cage. McKee submitted Kams Ekpo at BAMMA 33 and followed up with a first-round stoppage over Tim Barnett to capture the lightweight title at BAMMA 34 in March.

Terry “The Dominator” Brazier (9-1) was also in action at BAMMA 34, where he dethroned rival Alex Lohore to become the BAMMA welterweight champion. Brazier now has the opportunity to become the second fighter in BAMMA history to hold two titles in different divisions at the same time. The Dominator comes into this super fight on an eight-fight winning streak.