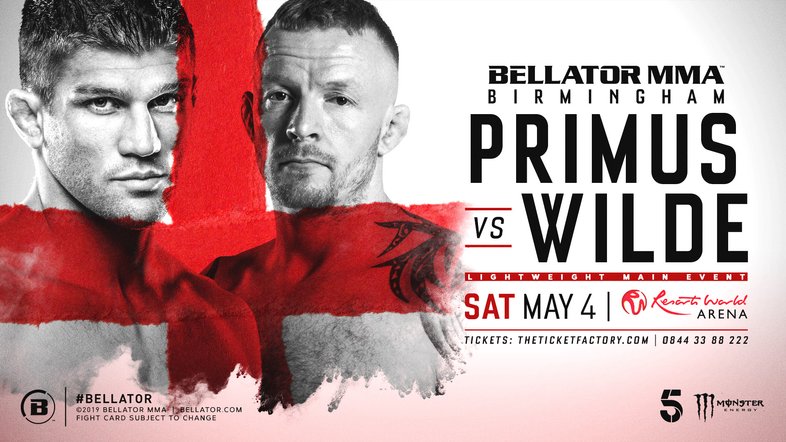 Former Bellator Lightweight Champion Brent Primus will meet Tim Wilde in the main event at Bellator Birmingham on Saturday 4th May at Resort Worlds Arena in Birmingham. The fight card will air live on Channel 5.

Tickets are on sale now from www.theticketfactory.com

Brent Primus (8-1) will be looking to recover from his first professional loss at the hands of Michael Chandler at Bellator 212 in December. Primus dropped the lightweight title to Chandler by losing a unanimous decision after a tough five-round fight. The Brazilian Jiu-Jitsu black belt has gone 6-1 since joining the promotion back in 2013.

Tim “The Experiment” Wilde (12-3) rides a 3 fight winning streak into the biggest fight of his life. Wilde has been out of action since scoring a TKO win against Anthony Dizy at Golden Ticket Fight Promotions – GTFP Fight Night 9 in April 2018. Tim trains out of the Ultimate Training Centre and is a veteran of BAMMA and Cage Warriors.