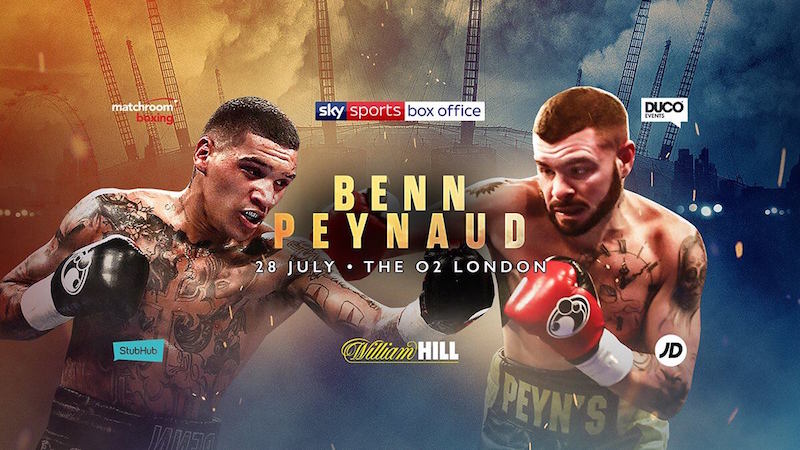 Matchroom Boxing has announced Connor Benn vs. Cedric Peynaud 2 will take place on the Whyte vs. Parker undercard on Saturday 28th July at the O2 Arena. The fight will air live on Sky Sports Box Office.

The welterweights first met on the Taylor vs. McCaskill undercard at York Hall last December. Benn (12-0) showed great heart by climbing off the canvas twice and fighting his way to a points decision over the Frenchman. Conor followed up with a TKO win over ‬Chris Truman on the Khan vs. Lo Greco undercard at the Echo Arena, Liverpool in April.

Cedric Peynaud (6-5-3) rebound from his loss to Benn and knocked out Christopher Legendre in Salle Jean Cochet, Chartres.