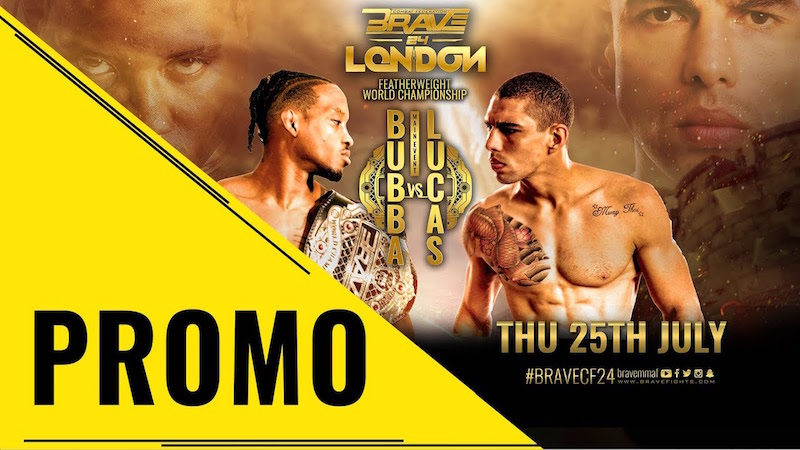 Bubba Jenkins (13-4) made his promotional debut at BRAVE 16 in Abu Dhabi, where he defeated Elias Boudegzdame to capture the title via unanimous decision. Jenkins will be comfortable competing in the United Kingdom after he fought in Manchester and Sheffield for the ACB promotion in 2017. The former NCAA Division I Champion is a product of the American Top Team gym in Coconut Creek, Florida.

Former BRAVE Lightweight Champion Lucas “Mineiro” Martins (20-4) returns to the Featherweight division for the opportunity to become the first-ever two-division champion in BRAVE Combat Federation history. The UFC veteran was last seen in action at BRAVE 18, where he lost the title to Abdul-Kareem Al-Selwady after injuring his leg in the first round.