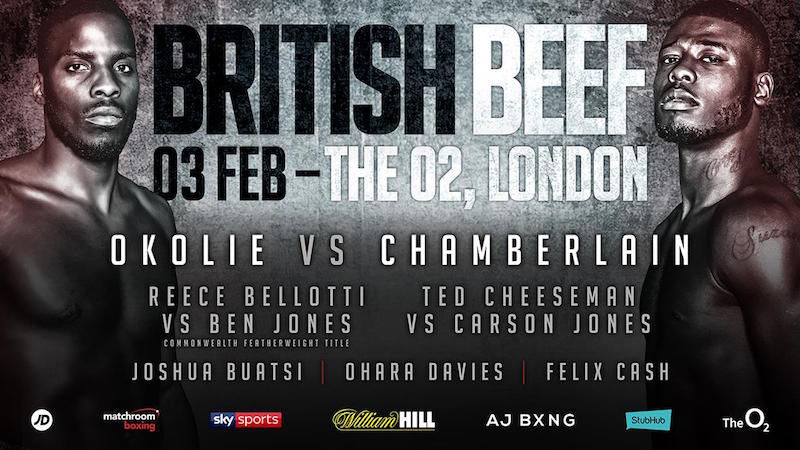 Lawrence “The Sauce” Okolie and Isaac Chamberlain will finally settle their rivalry when they meet in the ring on Saturday 3rd February at the O2 Arena in London, England. The undefeated rivals have been going back-and-forth on social media. Lawrence Okolie has gone 7-0 since turning professional and signing with Matchroom Boxing earlier this year. The former Olympian has stopped six of his seven professional opponents. Okolie was a member of Team GB in the 2016 Rio Olympics where he fought as a heavyweight. Former Southern Area cruiserweight champion Isaac Chamberlain was last seen in action against Ossie Jervier on Matchroom’s Nxt Gen card at York Hall in October. The Brixton fighter punished Jervier until the referee called a stop to the action in the sixth round.

The fight card will also feature Olympic Bronze medalist Joshua Buatsi in action at light heavyweight. The undefeated Buatsi is 3-0 since turning professional and joining the Matchroom Boxing stable alongside his manager Anthony Joshua.

The fight card will also feature the below in action: 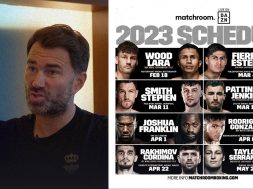