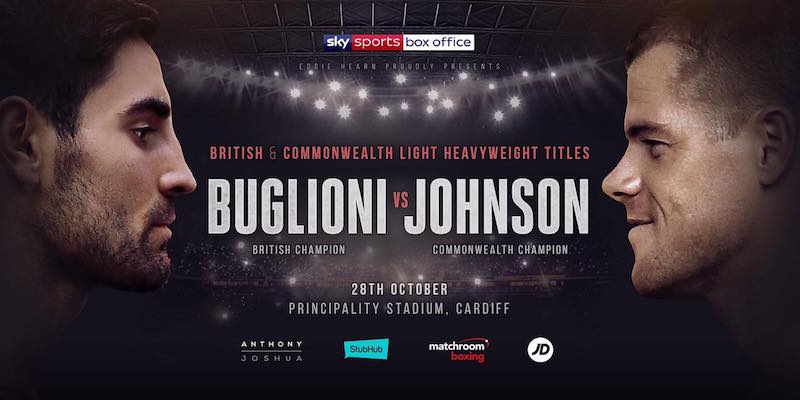 Frank “Wise Guy” Buglioni looks to make the second defense of his British Light Heavyweight title. Buglioni (20-2, 1 Draw) won the title with a dramatic twelfth-round stoppage over Hosea Burton in December last year. The Wise Guy followed it up with a successful title defense against Ricky Summers in June at the O2 Arena in London. Buglioni is on a three-fight winning streak since his failed attempt at challenging for the WBA Super Middleweight title against Fedor Chudinov in 2015.

The undefeated Callum “The One” Johnson (16-0) captured the vacant Commonwealth title when he knocked out Willbeforce Shihepo in the ninth round at the Manchester Arena last September. The Joe Gallagher trained fighter turned pro after winning a gold medal at the 2010 Commonwealth Games in Delhi.