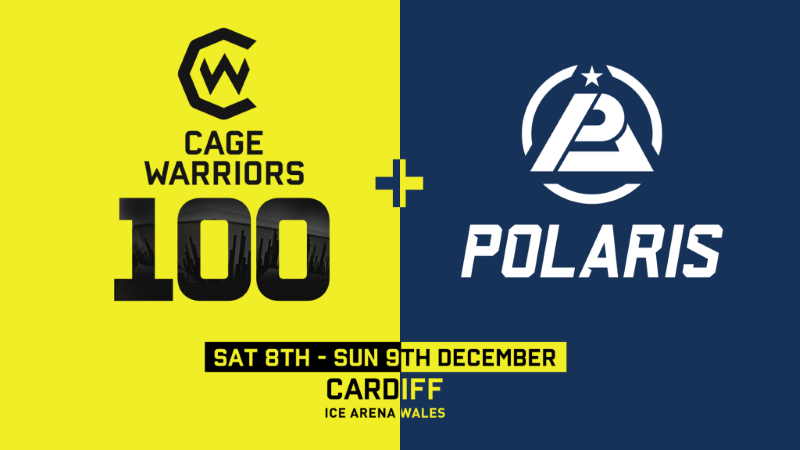 Cage Warriors have announced an exciting partnership with Polaris for an amazing weekend of combat to finish 2018 in style.

The promotion will hold Cage Warriors 100 on Saturday 8th December at the Ice Arena in Cardiff, Wales. The MMA action on Saturday will also include the Cage Warriors Academy Grand Prix final. The CWA Grand Prix has featured some of the best amateur fighters in the United Kingdom and will crown 2018 Grand Prix champions in seven weight divisions.

Polaris Professional Jiu-Jitsu Invitational will then take over the Ice Arena for Polaris 8 on Sunday 9th December. The promotion will be crowning champions in a number of male and female divisions. The welterweight and featherweight tournament finals were set after Polaris 7 in July. Ross Nicholls will take on Oliver Taza for the welterweight belt and Nicky Ryan is set to face Ash Williams for the featherweight belt. The promotion has also promised a change to the current format of their competitions that will get announced soon.