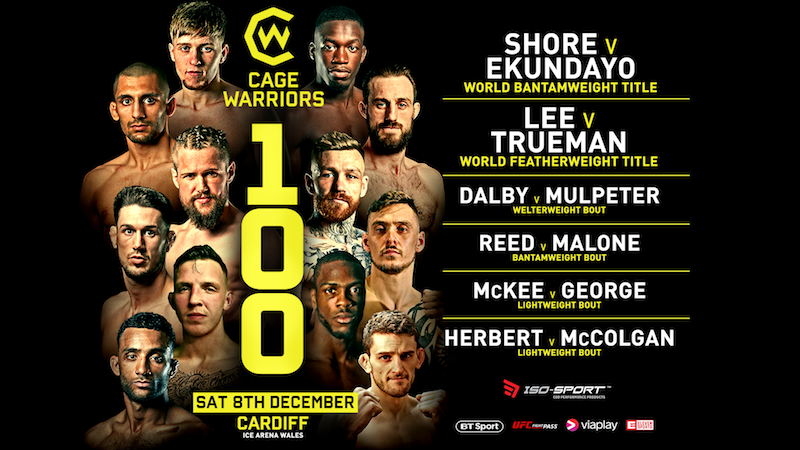 Jack “Tank” Shore (9-0) is fresh from headlining the sold-out Cage Warriors 97 in September. Shore stopped last-minute replacement Weslley Maia in the first round with a brutal onslaught of punches and elbows. The Welshman had a great year which started off with a unanimous decision win over UFC veteran Vaughn Lee by at Cage Warriors 92: Super Saturday in March. Shore had an accomplished amateur career with a stellar record of 12-0 and captured the IMMAF lightweight title after winning the 2015 IMMAF European Open Championships.

Mike “Airlines” Ekundayo (7-0) has had a busy year starting with his title win against Jonas Magard at Rise of Champions 5. The Brixton fighter followed up with a second-round stoppage of Tom Mearns at Bellator 200. The ROC bantamweight champion was last seen in a dominating performance at Cage Warriors 95 against Ed Arthur. Airlines will be eager to fight for the title that his Titan Fighter teammate Nathaniel Wood proudly wore from 2017 to 2018. Wood vacated the belt after two successful title defenses and signing with the UFC.