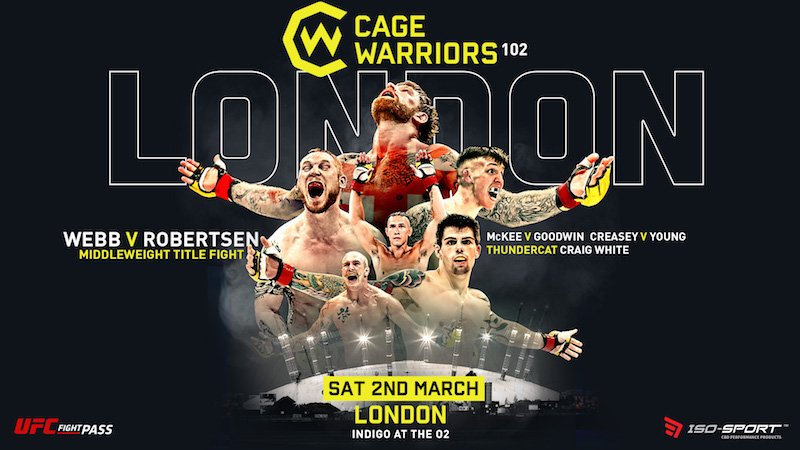 James Webb and Thomas Robertsen will meet for the vacant Cage Warriors Middleweight title at Cage Warriors 102 on Saturday 2nd March at the Indigo in London. The card will stream live and exclusively on UFC Fight Pass.

Thomas “The Saint” Robertsen (7-1) rebound from his unsuccessful debut against Craig White to go on a 2-fight winning streak in Cage Warriors. The Norwegian earned his title shot after he defeated Phill Wells and Saeed Younsi. Robertsen trains out of the Sarpsborg Chi Kickboxing & MMA gym in Norway.

The Cage Warriors middleweight title was vacated after Jonas Billstein was stripped of the title.