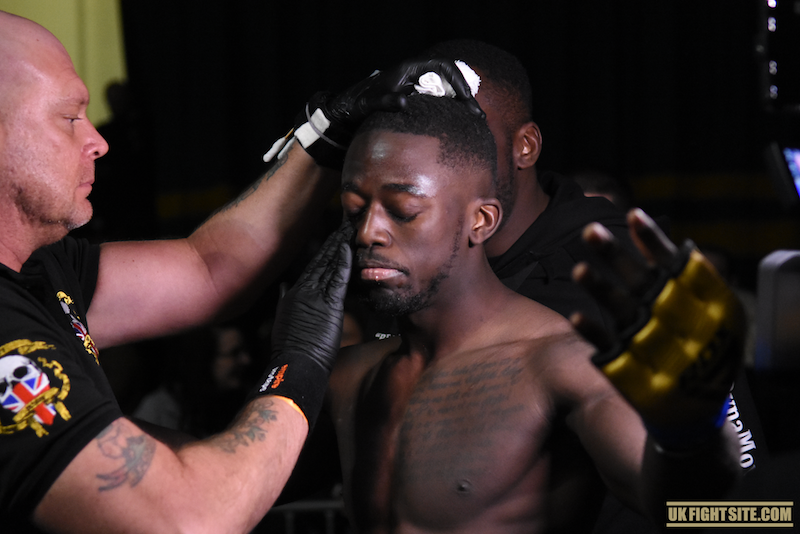 Tayo Odunjo makes his Cage Warriors debut against Ian Garry at CW106 on Saturday 29th June at the Eventim Apollo in Hammersmith, London.

Tayo Odunjo (2-0) tore the house down at York Hall last month when he defeated the heavy-handed Jaz Singh for the MTK MMA Welterweight title. Odunjo knocked out Singh in the first round to win his first pro title before getting called up to the Cage Warriors roster. Tayo will be joining his Revolution Martial Arts teammate Kingsley Crawford on the stacked Night of Champions card.

Ian Garry (1-0) made his professional debut on short notice against James Sheehan at Cage Warriors 101 in February. Garry defeated Sheehan via unanimous decision after a great three round scrap. Ian went 6-1 as an amateur with all of his wins coming by KO/TKO and Submission. The Irishman trains alongside Cage Warriors Middleweight Champion James Webb at SBG Swords.