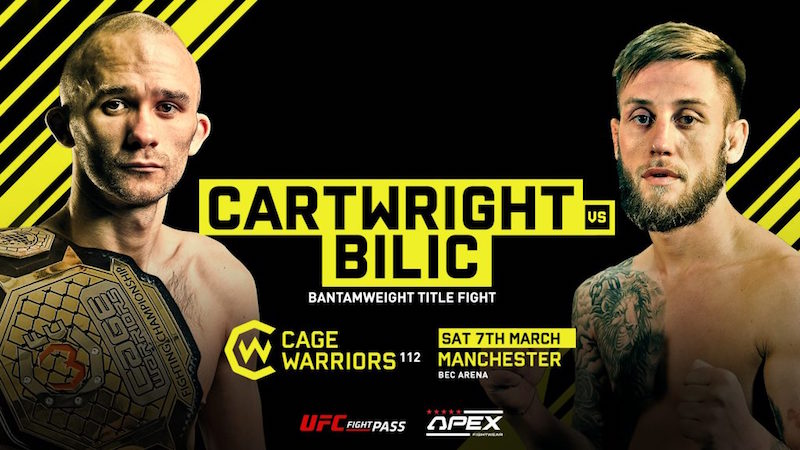 Jack Cartwright (7-0) put the bantamweight division on notice in 2019 when he scored two knockouts in one night against Scott Malone and Mark Kovacevic at Cage Warriors Unplugged 2 in September. Cartwright was part of the one-night tournament to crown a new champion after Jack Shore vacated the title when he signed with the UFC. Jack’s performance sent shockwaves through the Mixed Martial Arts world and resulted in MTK MMA signing the undefeated champion to their roster.

Manuel Bilić (15-6) made his successful Cage Warriors debut against Bryan Creighton at CW 101 last February. The Croatian submitted Creighton in the third round with a rear-naked choke.

Mick Stanton (6-3) went on a 3 fight winning streak in 2019, where he picked up impressive wins against Jenaid Ebanks, Alex Montagnani and Michael Younis. Stanton is likely one win away from a title shot, so a win over the former champion could finally put him into title contention.

0
83   0
previous UFC 246: McGregor vs Cowboy - Born To Make History Promo
next Kayne Isaac Interview - Speaks on training in Sweden & his fight with Muhidin Abubakar at CWSE 25!