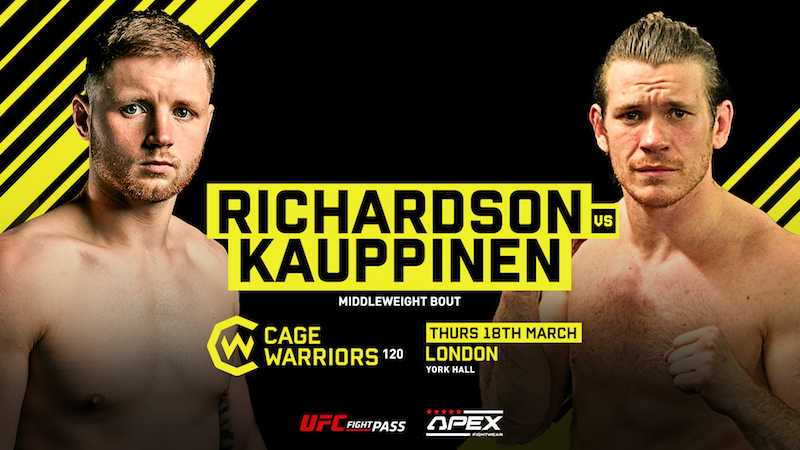 Jamie Richardson (9-6) is returning to the main event after his failed title attempt against Middleweight champion Nathias Frederick at Cage Warriors 118 in December. Richardson earned his title shot after going on a three-fight winning streak, where he picked up impressive wins against Phill Wells and Matthew Bonner.

Kent Kauppinen (12-6) makes his promotional debut after going 2-3 in Bellator’s Middleweight division. Kauppinen last appeared in the cage against Will Fleury at Bellator Milan last September. The 29-year old lost a unanimous decision against Fleury before leaving the promotion. Kauppinen previously headlined Bellator 211 where he knocked out UFC veteran Alessio Sakara in the first round and silenced the Italian crowd. The Chippenham fighter’s 12 wins have all been finishes with 10 wins coming in the first round.