Nathias Frederick (9-2-1) stopped James Webb to capture the Middleweight title at Cage Warriors 111 in 2019. Frederick made his first title defense against Jamie Richardson at Cage Warriors 118 in December. The champion knocked out Richardson with a brutal left hand in the third round. Nathias trains alongside UFC fighters Leon Edwards and Jai Herbert at Team Renegade in Birmingham.

Matthew Bonner (9-6-1) is currently on an impressive three-fight winning streak with wins against George Smith, Matt Inman, and James Webb. Bonner’s TKO win against the former champion Webb at Cage Warriors 121 earned him a shot at the current champion. The Beast has continued to show improvements since joining the Next Generation MMA team in Liverpool.

All #THETRILOGY replays are available in full on @UFCFightPass!

What was your top moment this year? pic.twitter.com/zNGijregpE 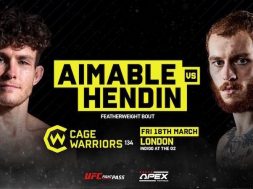 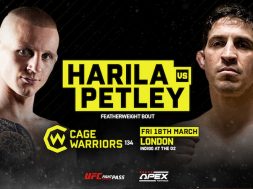