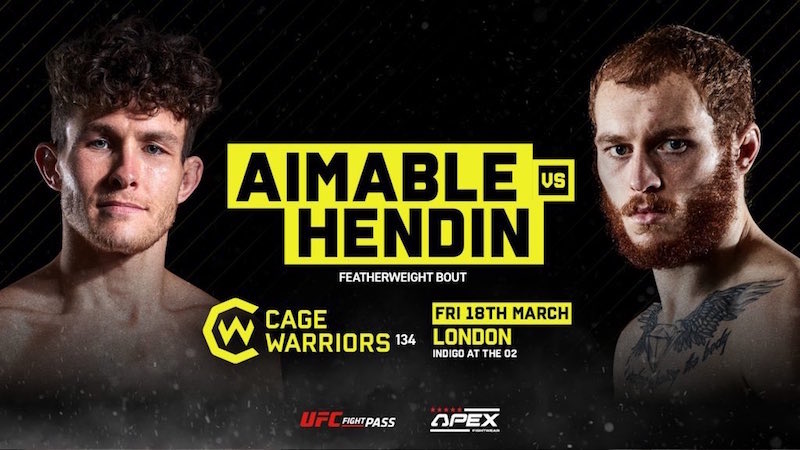 Steve “Diddy Kong” Aimable meets James “The Honeybadger” Hendin in a potential fight of the night at Cage Warriors 134 on Friday 18th March at Indigo at the O2 in London.

Steve Aimable (17-8) rides an impressive three-fight win streak into this bout after rebounding from a losing streak in 2020. Diddy Kong looked tremendous in his last appearance in the cage against Walter Cogliandro at Cage Warriors 129. Aimable dominated the Italian in the first round before submitting him with a nasty guillotine choke. The BKK Fighter got back to his winning ways by picking up wins against Tom Mearns and Edward Walls.

James Hendin (6-1) submitted the tough Paull McBain with a rear-naked choke in the second round in his last fight at Cage Warriors 125. Hendin’s only loss comes against the current interim featherweight champion Paul Hughes at Cage Warriors 120. James trains under the tutelage of Andrew Fisher at Team Fish Tank in Sunderland.

💪 Steve "Diddy Kong" amiable is back at #CW134 to take on James Hendin – who leaves London on 18th March as the winner? pic.twitter.com/HuQfJF6ezf