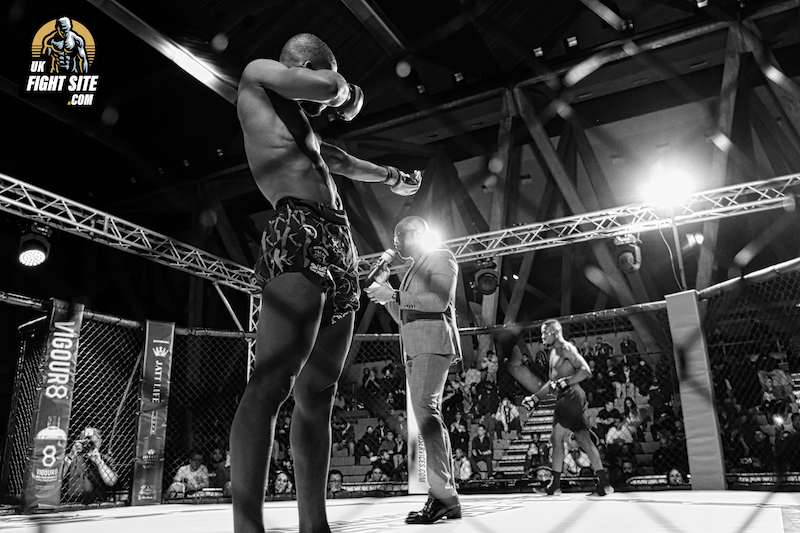 Former Fightstar Championship bantamweight champion Festus Ahorlu is set to take on Faisal Malik at Cage Warriors 145 on Saturday 4th November at the Indigo at the O2 in London.

Festus Ahorlu (5-1) will have the hometown advantage when he returns to the promotion after making his promotional debut in June. The Londoner made his unsuccessful debut against Caolan Loughran in CW 140 in Belfast. Festus earned his spot on the roster after he defeated Mike Ekundayo to win the Fightstar Championship bantamweight title last December. Ahorlu put on an impressive performance against the Cage Warriors veteran for the unanimous decision win. Festus who fights out of the New Wave Academy in Croydon is currently in training camp at Allstars Training Center in Stockholm, Sweden.

The undefeated Faisal Malik (5-0) has racked up five wins in a row since making his professional debut in 2018. Malik was scheduled to make his Cage Warriors debut twice this year against Rory Evans and Johan Segas before the fights were canceled. The former UCMMA bantamweight champion previously shared the same management with Festus when he was signed to Alpha Talent Management. Faisal is now signed to Sucker Punch Entertainment.

0
76   0
previous Cameron Else speaks on losing
next CW 147 Unplugged: Creasey vs. Haque