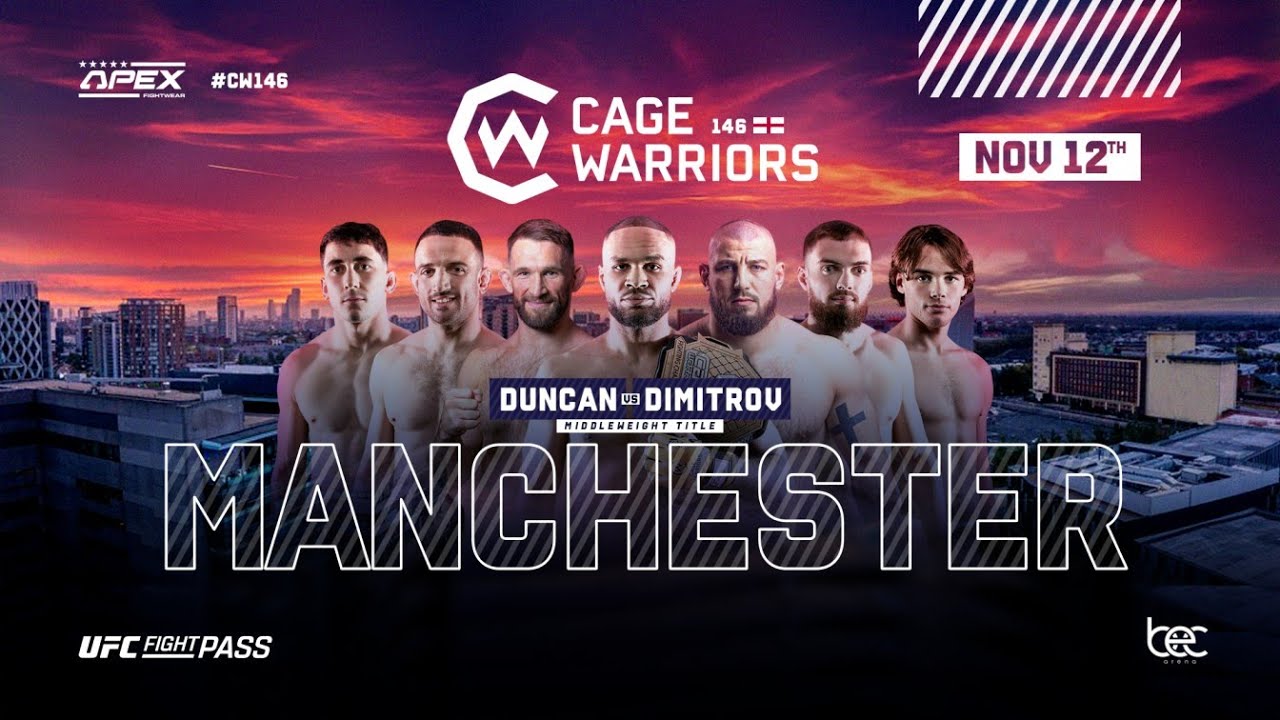 Cage Warriors Middleweight Champion Christian Leroy Duncan added another stunning knockout to his highlight reel on Saturday night when he stopped Mariyan Dimitrov at Cage Warriors 146 at the BEC Arena in Manchester.

The champion applied the pressure early with a kick heavy game plan that saw him land two teeps quickly followed by a leg kick and head kick. Duncan kept the challenger at bay with more teeps and a side kick in the center of the cage. Dimitrov tried lunging in with big hooks but Duncan stayed elusive with beautiful footwork. An accident eye poke to Dimitrov paused the action as the referee issued a warning to the champion.

The Bulgarian shot in for a takedown but Duncan managed to stay on his feet. Dimitrov landed a nice elbow as the pair separated. The Sambo specialist shot back in for another takedown attempt but the champion sprawled and displayed great balance in the process. Dimitrov briefly slowed the action by clinching up with Duncan against the cage where they exchanged punches and knees. The challenger caught Duncan with a right hand followed by a nice combination. The champion responded with some dirty boxing and a front kick. Duncan landed a nice jab that set up a spinning elbow and barrage of punches that Dimitrov causing the referee to step in and stop the fight at 4:46.

The undefeated Christian Leroy Duncan improved to 7-0 with the first defense of his middleweight championship.

Christian Leroy Duncan retains his title in dramatic fashion. In the final seconds of round one he TKO's his opponent, in style 🕹💥

The sky is the limit for The Champ ☝️#CW146 pic.twitter.com/oBnKQuLawx