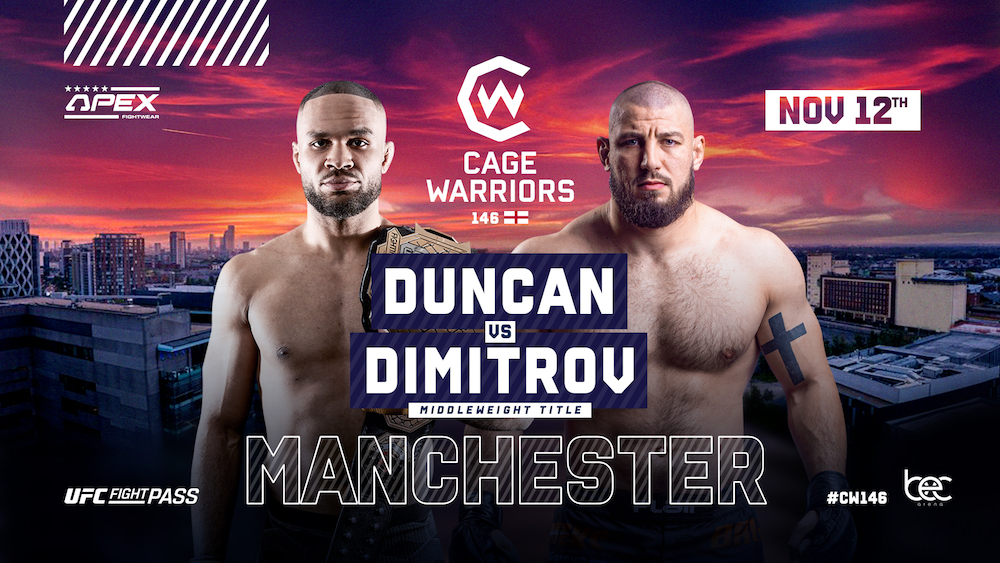 The undefeated Christian Duncan (5-0) knocked out Djati Mélan with a highlight reel flying knee to capture the title at Cage Warriors 136 in April. Duncan has finished four of his five fights since turning professional in 2020. The champion trains under the tutelage of UFC veteran Mark “The Wizard” Weir at the Range Martial Arts Academy in Gloucester.

Marian Dimitrov has been on a 10-fight winning streak since 2014. Dimitrov’s most recent win was against Milan Filipovic at Grand Fight Arena 3 in 2019. The Bulgarian was scheduled to make his Bellator debut against Fabian Edwards at Bellator 275 in February but the bout was cancelled.

Matt Figlak and Jimmy “Judo” Wallhead will clash for the interim Cage Warriors welterweight title in the co-main event. Figlak is on a 5-fight winning streak with 3 of those wins coming via first round stoppage. The dangerous finisher went the distance with Bellator veteran Kent Kauppinen at Cage Warriors 132 last December. Wallhead made a successful return to the promotion at Cage Warriors 141 where he knocked Daniel Skibiński in the first round. Jimmy will ride a 3-fight winning streak into this bout.