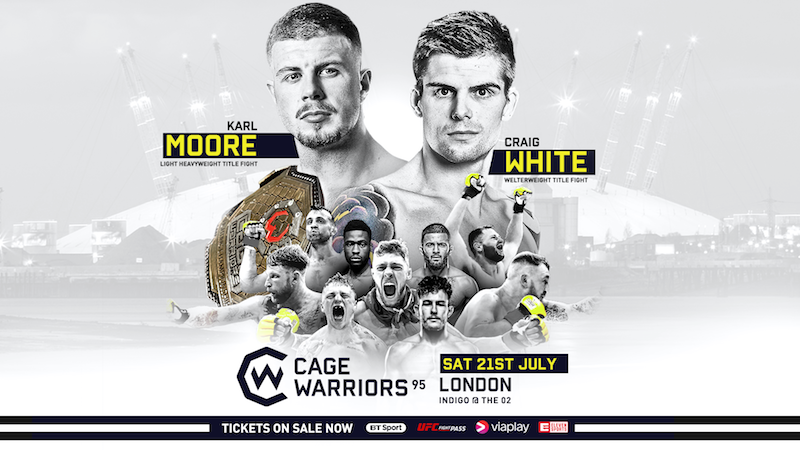 Cage Warriors is set to return to the capital with two world title fights for Cage Warriors 95 on Saturday 21st July at Indigo at the O2 Arena, London. The Cage Warriors light heavyweight and welterweight titles will be up for grabs. The card will air live on BT Sport and UFC Fight Pass.