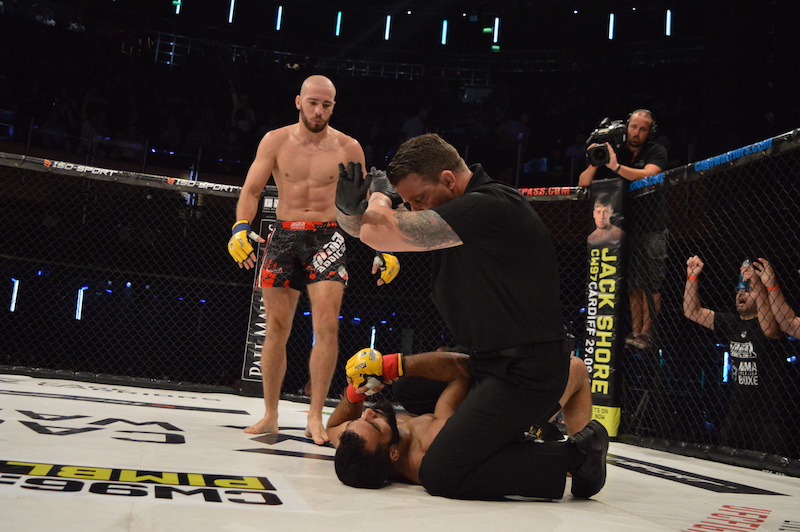 Stefano Paterno brutally knocked out Mehrdad Janzemini to capture the vacant Cage Warriors welterweight title in the main event at Cage Warriors 95 on Saturday night at the Indigo in London, England.

There weren’t too many MMA experts that expected this fight to get past the first round and they were right. Paterno came out with an early head kick attempt before scoring with a double leg takedown. Janzemini tried to go for a leg but the Italian jumped back to his feet and passed guard with punches to his grounded opponent. Janzemini grabbed Paterno’s leg and threatened with one of his trademark leglocks. Paterno kept his composure while defending the submission and escaped back to his feet again.

The Italian went back to ground and into Mehrdad’s guard, before working his way to half guard and then full mount. Paterno postured up and knocked his opponent out with a barrage of shots to the jaw. Stefano Paterno nows improves to 12-2-1 with eleven wins inside the distance. Paterno is the second Italian champion on the Cage Warriors roster, alongside the promotion’s heavyweight champion Mauro Cerilli.

Bantamweight: Mike Ekundayo defeats Ed Arthur
The undefeated Mike Ekundayo made his successful Cage Warriors debut against a game Ed Arthur in the bantamweight division. Ekundayo dominated the action with his wrestle-based strategy that kept the Arthur on the ground. All three judges scored the bout 30-26 in favor of the Brixton based fighter. The Team Titan representative improves to 7-0 in his professional Mixed Martial Arts career. Arthur (9-3) was making his return to the cage after his last bout in 2016. 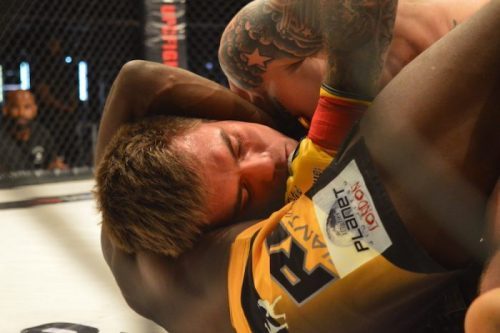