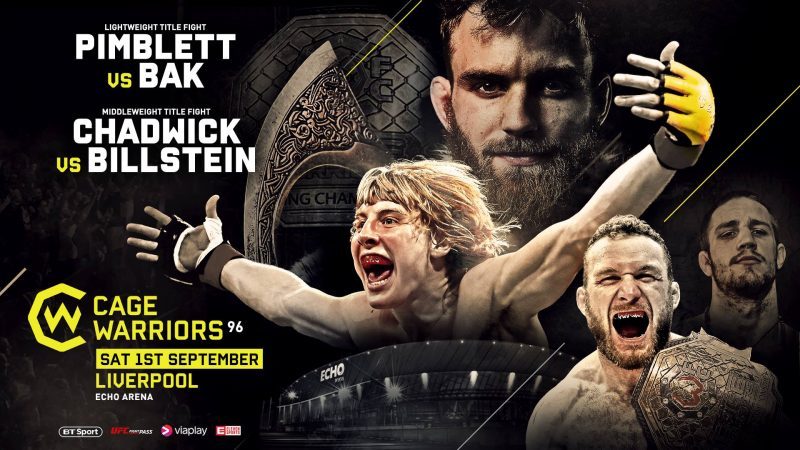 Cage Warriors 96 will mark the return of Paddy “The Baddy” Pimblett in his hometown as he battles Soren Bak for the vacant Cage Warriors lightweight title. Pimblett (14-2) is coming off a highlight reel submission win against Alexis Savvidis at Cage Warriors 90 in February. The Scouser caught Savvidis in a flying triangle armbar for the second round submission.

Soren “The True Viking” Bak (11-1) has gone undefeated in Cage Warriors since making his promotional debut last year. The Dane has picked up three wins in a row against Scott Clist, Martin Stapleton, and Alexander Jacobsen. Bak submitted Jacobsen in the second round with an arm-triangle choke at Cage Warriors 93 in April.

Jonas Billstein (19-5-1) will be making his Cage Warriors debut after a successful stint in the ACB promotion, where he submitted Grachik Bozinyan and Alexey Butorin. The German fought to a majority draw with Mattia Schiavolin in a middleweight title bout at Venator FC 4 in May.