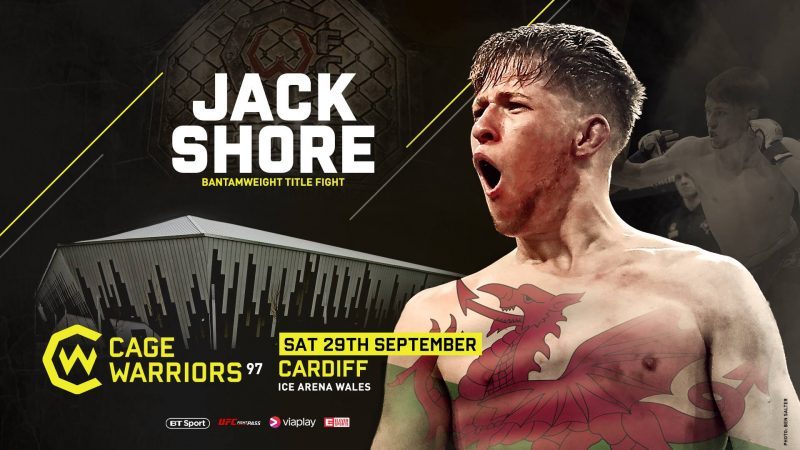 The undefeated Jack “Tank” Shore will fight for the Cage Warriors bantamweight title when the promotion returns to the Welsh capital for the first time since 2014. The event will take place on Saturday 29th September at Ice Arena Wales, Cardiff.

Jack Shore (8-0) will get his shot at the Cage Warriors bantamweight title after defeating UFC veteran Vaughn Lee by unanimous decision at Cage Warriors 92: Super Saturday in March. Shore stopped all of his previous opponents in his professional career by KO/TKO or submission. Tank was undefeated as an amateur with an outstanding record of 12-0. The Welshman was crowned IMMAF lightweight champion after winning the 2015 IMMAF European Open Championships.