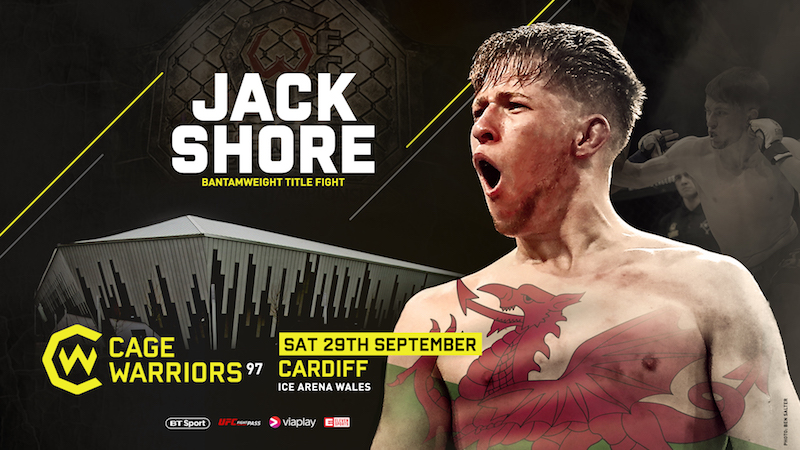 Featherweight Bout: Jack Shore vs. Weslley Maia
The atmosphere was electric in the Ice Arena as Jack Shore (9-0) made his way to the cage to The White Stripes’ Seven Nation Army. The Welsh prospect still performed despite dealing with 2 opponent changes in the lead-up to the biggest MMA event held in Wales and missing out on his bantamweight title shot. Shore wasted no time getting the fight to the ground and dropping big elbows on his opponent as the crowd roared in approval. Maia did his best to defend on the ground but Shore’s top pressure from the mount was too much. Marc Goddard called a stop to the action as Shore was about to unleash more strikes from back mount,

The undefeated Shore will now go on to challenge for the bantamweight title at Cage Warriors 100 in December. The Tillery Combat MMA representative will definitely have the home crowd in his corner for the long awaited title shot.

Jack Shore was on FIRE 🔥