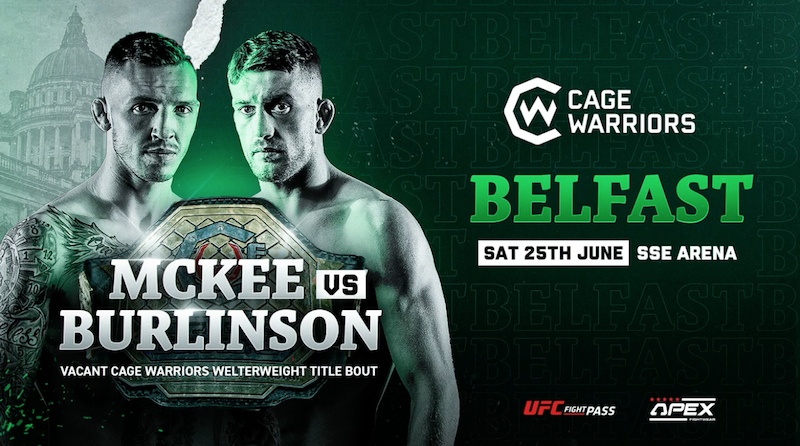 Rhys McKee takes on Justin Burlinson for the vacant Cage Warriors Welterweight title in the Cage Warriors 140 main event at the SSE Arena in Belfast, Northern Ireland. The title was vacated by Ian Garry after he signed with the UFC.

Rhys “Skeletor” McKee (11-4-1) made a successful return to the promotion at Cage Warriors 129, where he stopped the tough Aleksi Mäntykivi in the third round. McKee’s return comes after a brief stint in the UFC, which saw him lose two in a row against Khamzat Chimaev and Alex Morono.

Justin Burlinson (7-1) recently returned to the promotion after an unsuccessful attempt of securing a UFC contract on Season 5 of Dana White’s Contender Series. Burlinson submitted Daniel Skibiński with a guillotine choke in the second round of the main event at Cage Warriors 135 in Manchester. Justin is a Bellator veteran with two wins against Maciek Gierszewski and Wendle Lewis in 2019.