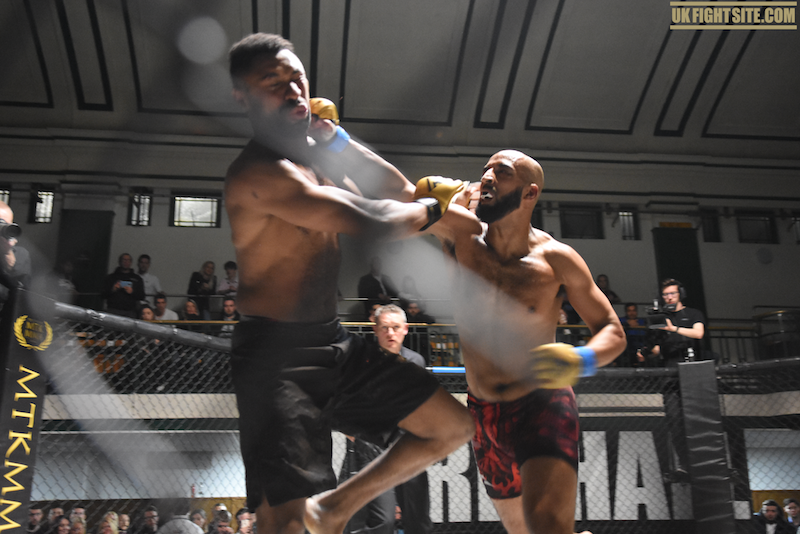 Cage Warriors added a great welterweight bout between Jahreau “The Nightmare” Shepherd and Jamie “Young Gun” Richardson to their CW Unplugged 2 card on Friday 6th September at the BT Studios in Stratford, London.

Jahreau Shepherd (3-2) will make his promotional debut after working his way up the ladder in Bellator, BAMMA, UCMMA, and MTK MMA. Shepherd was last seen in action against Calvin Reynolds at MTK MMA in April. Jahreau put his ever-improving skill set on display against Reynolds in a two-round beatdown. The Nightmare is a product of Danny Beevor’s Pound for Pound gym, where he trains with the close-knit Savage Squad. The Londoner also made the trip to Sweden to train at the All-Stars Training Center.

Jamie Richardson (8-5) is on a two-fight winning streak in fights against Phil Wells at Cage Warriors 99 and 104. Young Gun stopped both of the fights by strikes. Richardson is part of the Renegade Force MMA team in Stevenage, where he trains under the tutelage of head coach Daz Jones. Jamie recently took part of his training camp over to Jack Mason’s BKK gym in Chelmsford.

The exclusive invite-only event will feature a one-night, four-man bantamweight title tournament. The title was declared vacant when the former champion Jack “Tank” Shore signed with the UFC.