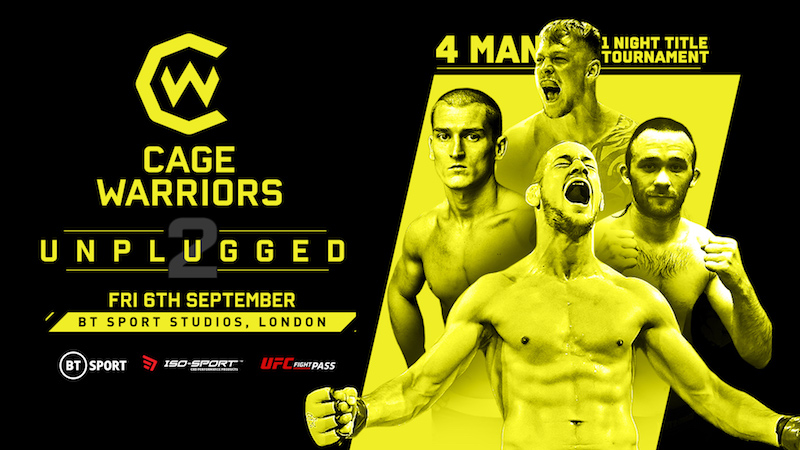 Cage Warriors promised an eventful evening when they announced a four-man, one-night tournament to crown a new Bantamweight champion and they certainly delivered on Friday night. Jack Cartwright put the bantamweight division on notice when he tore through the competition at Cage Warriors Unplugged 2 at the BT Sport studio in London.

The undefeated Jack Cartwright defeated former title challengers, Scott Malone, and Marko Kovacevic to capture the prestigious Cage Warriors Bantamweight title. Cartwright brutally knocked out Malone in the semi-finals before advancing to the finals to stop Kovacevic in the same fashion.

#CWUnplugged2 lived up to the hype ✅

Head to @UFCFightPass to re-live Friday night in full, or check out every finish here ⬇️ pic.twitter.com/H4xl3zBkJ3