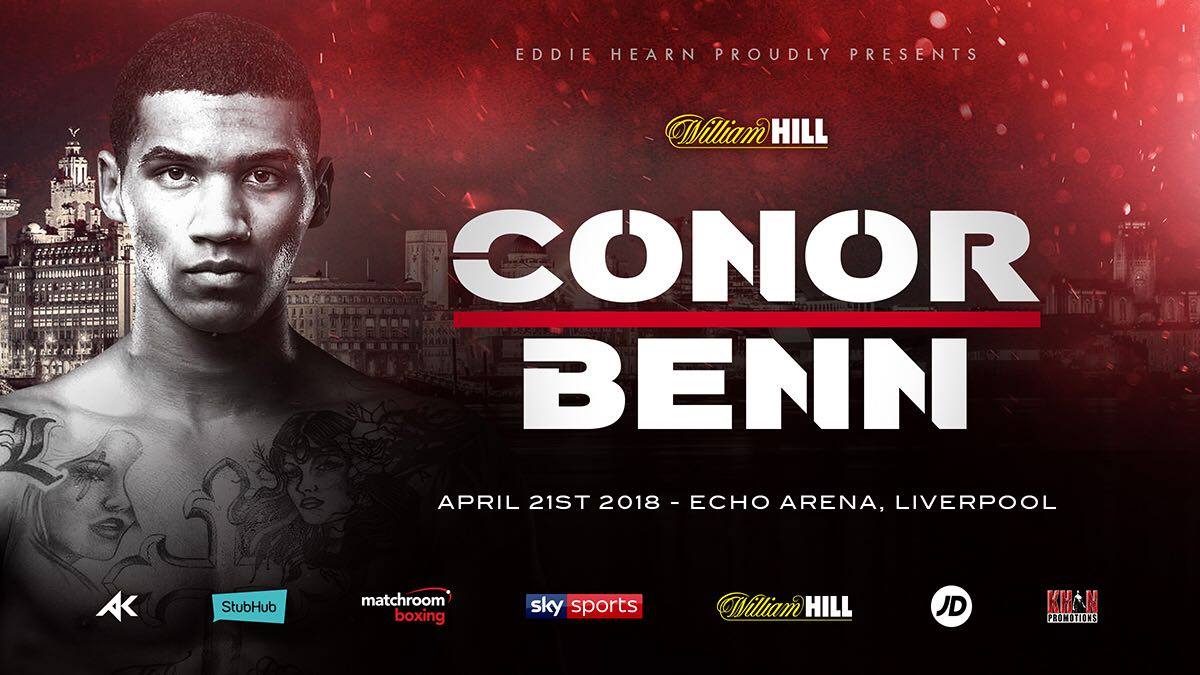 Connor “The Destroyer” Benn returns to action on the Khan vs. Lo Greco undercard on Saturday 21st April at the Echo Arena, Liverpool.

Connor Benn was last seen in an explosive bout against Cedrick Peynaud in December at York Hall in Bethnal Green, London. The undefeated Benn (11-0) was dropped twice in the first round but showed great heart to get back to his feet and stay in the fight. The Destroyer returned the favor in the final two rounds by knocking the Frenchman down twice and winning the fight via decision 57-54.

Great Way to start the Year off fighting in Liverpool. I’m really excited about this one. See you all at the Press conference tomorrow…. I got one thing to make right this year! I got Someone on my HIT List… see you all Tomorrow! #TeamBenn pic.twitter.com/KXr81bk0J7