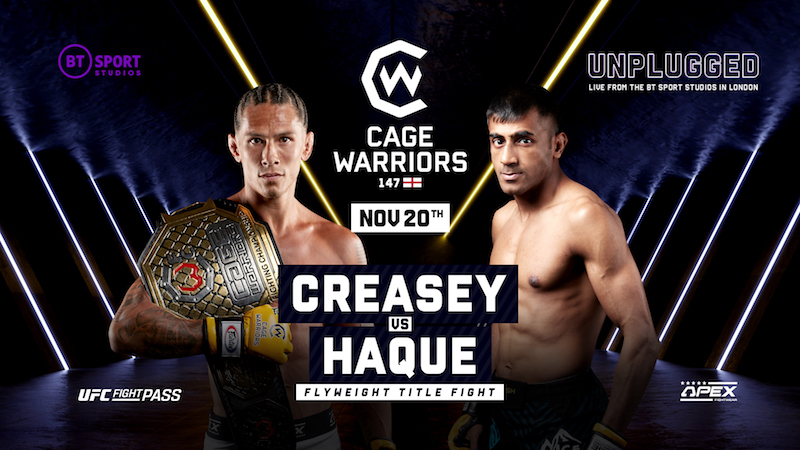 The pair first met at Unplugged 1 in 2016 where Haque handed Creasey his first professional loss.

Sam “Urai” Creasey (16-4) is coming off an impressive title defense against Stipe Brcic at Cage Warriors 142 in Wales. Creasey submitted the Croatian in the first round with a slick high-arm guillotine choke. The champion defeated Luke Shanks via submission at Cage Warriors 129 last October to win the title.

Shajidul “Superman” Haque (14-5) defeated former Cage Warriors flyweight champion Samir Faiddine via a split decision at Ares FC 8 last month in Paris, France. Haque is riding a four-fight winning streak after losing to Jake Hadley at Cage Warriors 114 in 2020. Haque went on to have a successful stint under the Almighty Fighting Championship banner where he captured and defended the flyweight title.

The Unplugged shows are invite-only events with the fighters competing in front of a live studio audience. Jack Cartwright won the bantamweight title at the last Unplugged show in 2019 after he won an exciting one-night tournament.