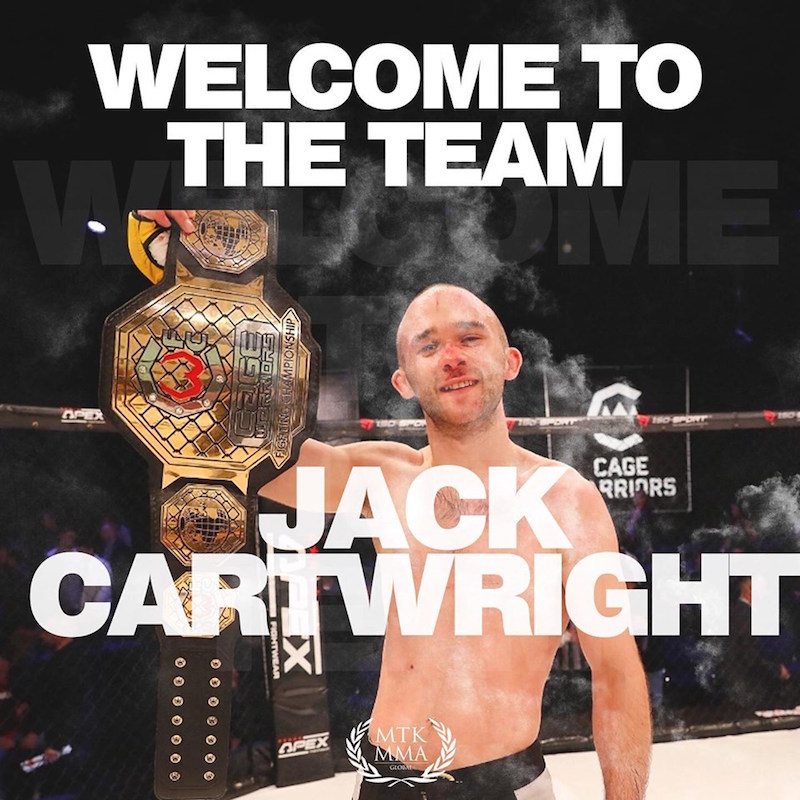 MTK MMA has announced the signing of the Cage Warriors Bantamweight Champion Jack Cartwright. The undefeated fighter’s record is currently 7-0 with all of his wins coming in the first round. The lethal finisher has racked up three knockouts and four submissions in his professional career.

Jack earned his stripes in Tankō FC, Full Contact Contender, UK Fighting Championships and Almighty Fighting Championship before entering the Cage Warriors Bantamweight tournament. The 25-year old captured the Bantamweight title after putting on a jaw-dropping performance in the one-night four-man tournament at Cage Warriors Unplugged 2 in September. Jack knocked out former title challenger Scott Malone in the first round to advance to final, where he scored another first-round knockout against Marko Kovacevic. Cartwright fights out of the SBG Manchester gym, where he trains under the tutelage of head coach Matt Inman.