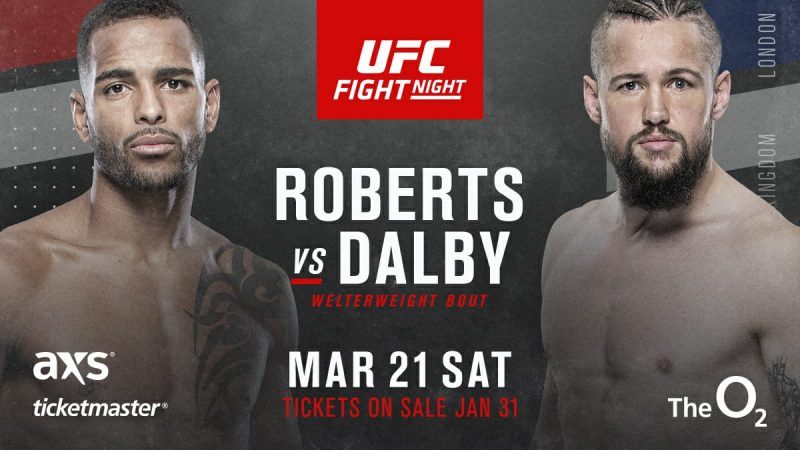 Danny Roberts (17-5) bounced back from a difficult 2019 which saw him lose two fights in a row before he defeated Zelim Imadaev. Roberts knocked out Imadaev with a counter left hand in the second round at UFC Fight Night in Moscow. The Brit has previously made the trip to the states to train at Hard Knocks 365 with coach Henri Hooft and the team that consists of UFC welterweight Champion Kamaru Usman, Michael Johnson, and Luke Rockhold.

Nicholas “Lokomotivo” Dalby’s record currently stands at 18-3-1 with 1 no contest. Nicholas is coming off a great win against Alex Oliveira at UFC Fight Night in his hometown of Copenhagen, Denmark in September. Dalby rejoined the UFC after battling to a bloody no contest against Cage Warriors welterweight champion Ross Houston at Cage Warriors 106. The Dane earned his title shot after going on an impressive 3 fight winning streak which saw him win the interim CWFC welterweight title after defeating Alex Lohore via TKO at Cage Warriors 103 in March.