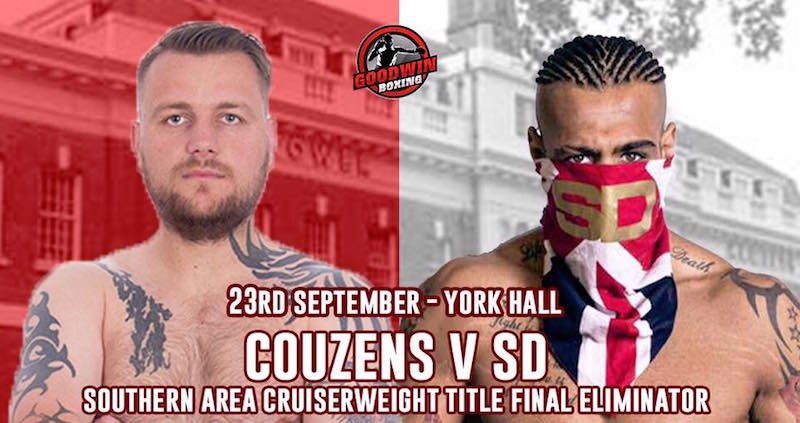 Date With Destiny: Couzens vs. Demetriou

Spiros “SD” Demetriou is undefeated at 7-0 and fights out of the Muscle Works Gym in Stoke Newington. Demetriou fought as a heavyweight in the IBA (International Boxing Association) where he was also undefeated before making his professional debut in 2015. SD scored a points victory over Tomislav Rudan in his last outing at York Hall in June.

Danny Couzens turned professional in 2006 and has challenged for the Southern Area Cruiserweight title on three occasions. The 32-year old has a professional record of 9 wins and 10 losses. Couzens last fought in June, when he TKO’d Ossie Jervier in the 2017 Fight Cup Cruiserweight Final at York Hall.