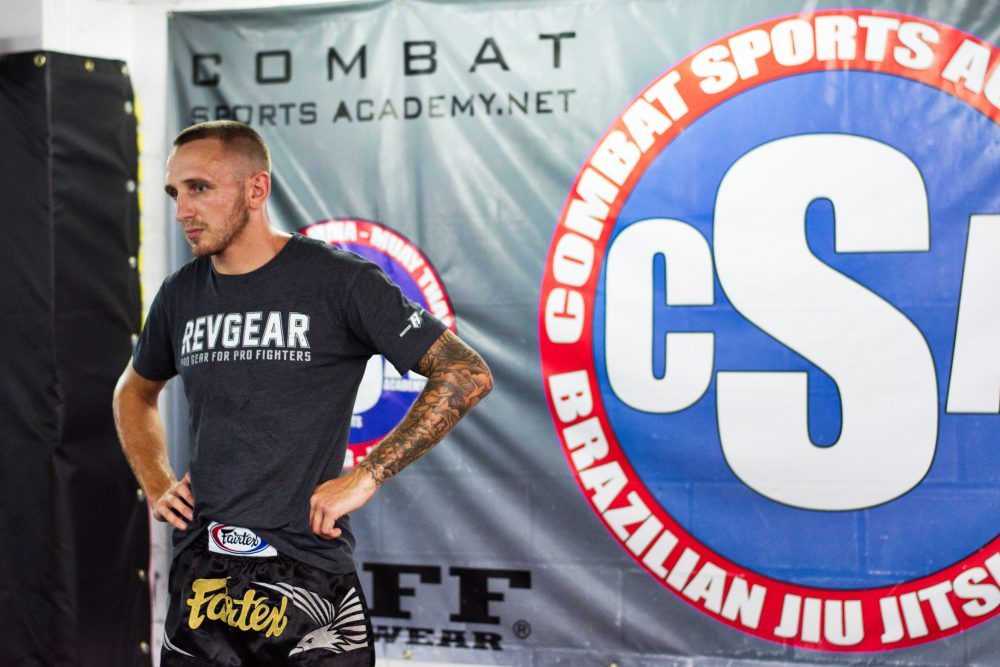 Joe Draper is an MMA fighter out of Maidstone in Kent, who is on the verge of turning pro after just 2 years of specialised training. The 25-year-old is currently dedicating his life to his dream of being in the UFC: This is what a typical day looks like for him.

6.00am – take the dogs for a run.
Come rain or shine, Joe starts the day with a 30-minute run to blow the cobwebs away. He’s not alone though, Thistle and Bramble are willing training partners, only breaking stride to chase other dogs before running alongside Joe once more. 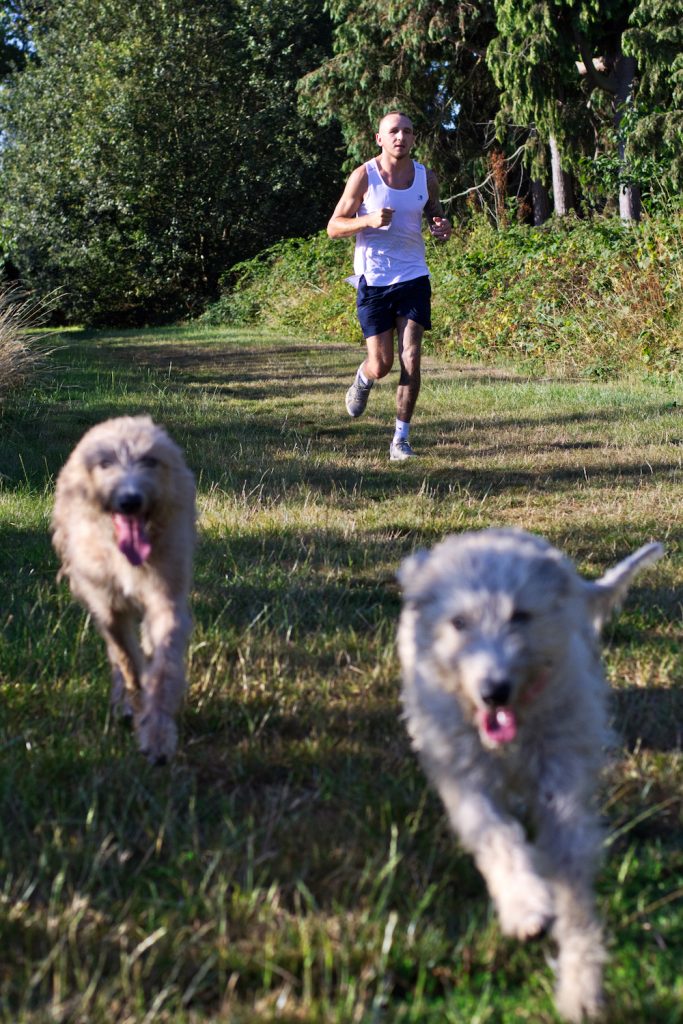 Just a few weeks out from Cage Warriors Academy in Wales, Joe stated that if the night goes as planned, a multi-fight Cage Warriors contract will be on offer. With such big ambitions in the game, the next fight is the fuel keeping everything on track. Joe trains 6 days a week – a mixture of striking, strength work, grappling, BJJ and MMA specific sessions. In order to train with the top guys at the top gyms, he travels a 4 hour round trip multiple times a week. Oh yeah, if that wasn’t enough – he also holds down a job 3 days a week. To say that Joe isn’t ‘all in’ on his dream, would be far from the truth.

9.30 am- Muay Thai session- Combat Sports Academy.
The first session of the day was Muay Thai. Joe has over 20 boxing fights under his belt, therefore striking with his fists is not an issue for him. However, with MMA demanding a 360 skillset, the elbows, kicks, and clinches are something to be continually worked on. 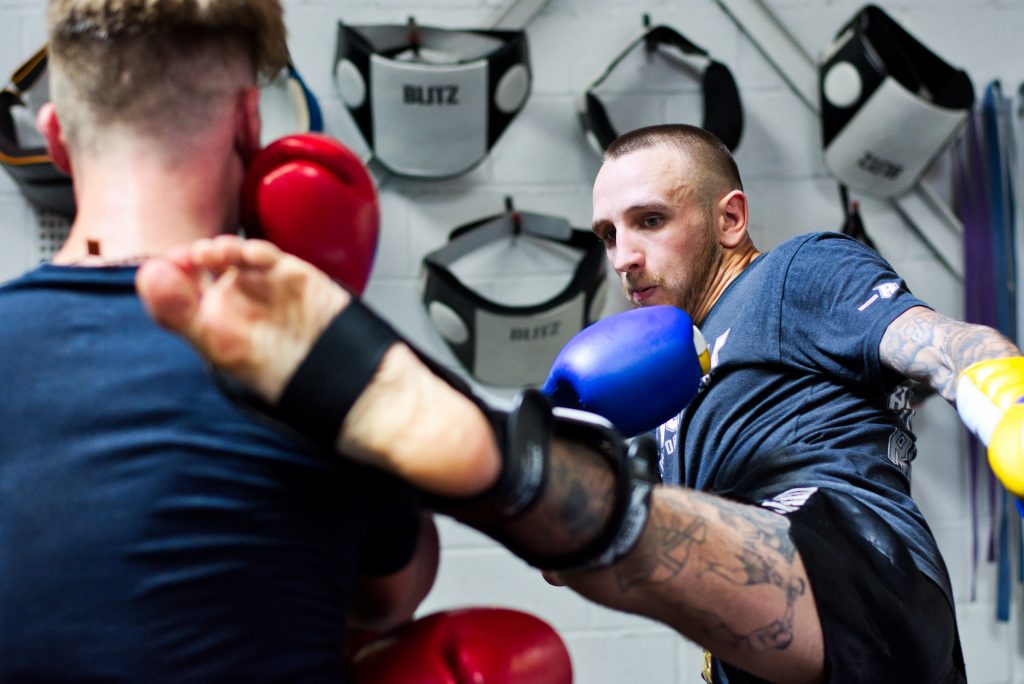 11.00am MMA sparring
Spending time at the Combat Sports Academy, it is clear there is a strong community that wants to learn from one another. This sparring session was a great example of that. 4 fighters constantly giving advice, pushing each other and helping each other to improve. No egos here. Just a commitment to improving themselves and people around them. 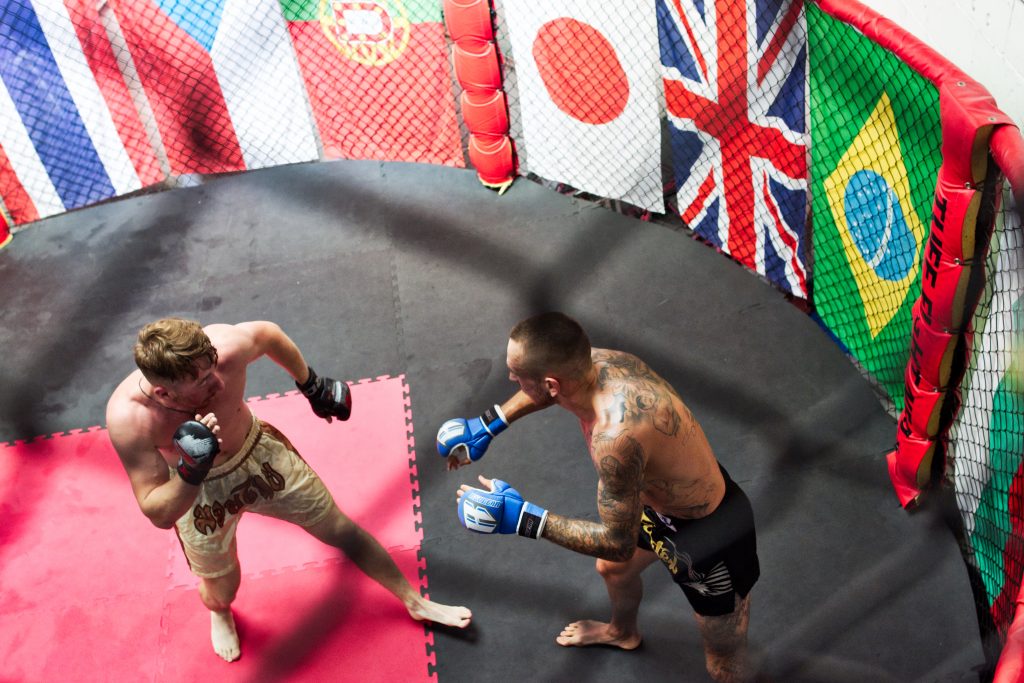 12.00 noon- BJJ
After some MMA sparring, it’s time to roll. They say that drills pay the bills and that’s what this session of BJJ was focused on. Throws and arm bars were practiced to nail down technique before finishing off with sparring different teammates. It’s at this point when I genuinely saw the fatigue kick in for Joe. However, with the biggest fight of Joe’s career on the horizon, there is no let-up and it was clear that he operated on a different level to a lot of his teammates in terms of intensity. Some fighters are happy ‘ticking over’ but Joe has his sights on something bigger. He said himself that with these ambitions, you cannot take your foot off the gas, you cannot ease up for a week or two, because if you do the dream gets further away. 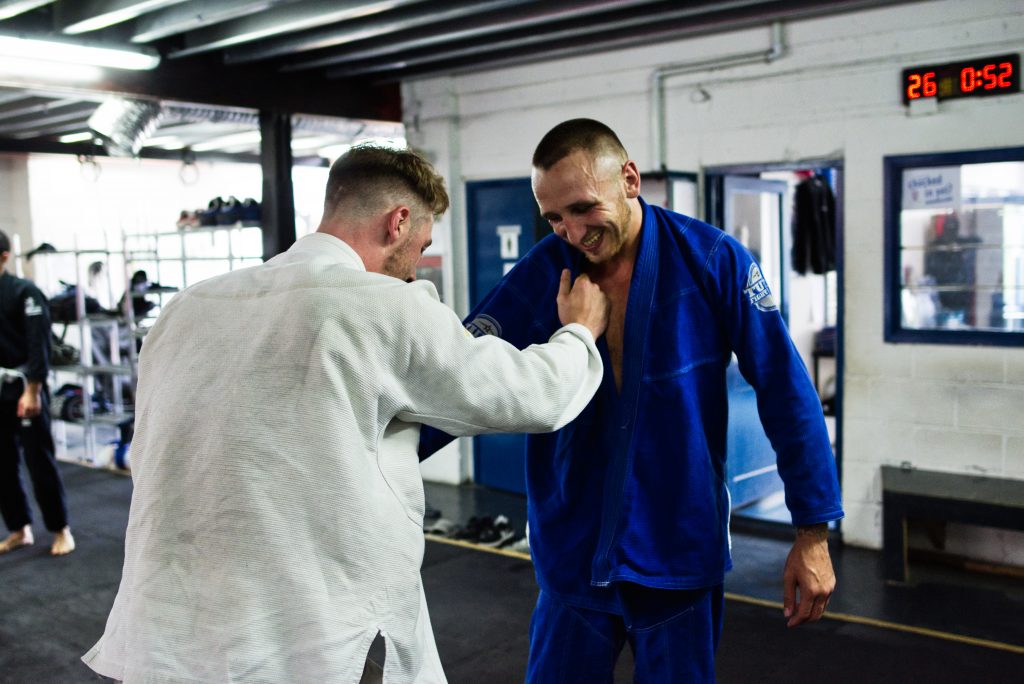 The morning session ends with a massage, paying special attention to a cramp in Joe’s hamstring that came on during BJJ! 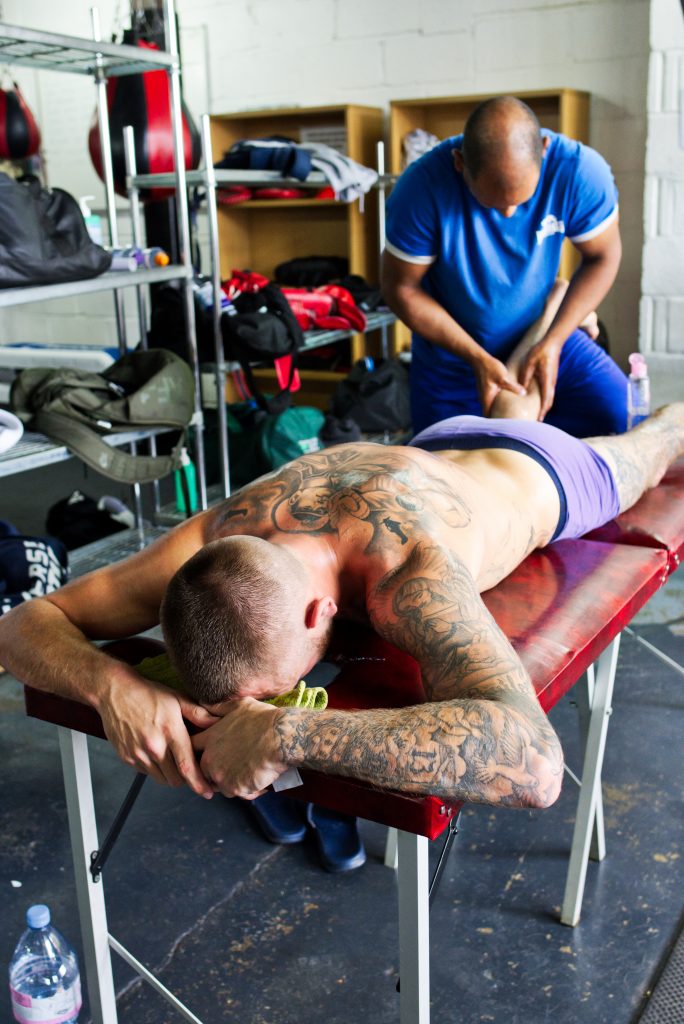 To succeed in MMA you need a ruthless streak. However, Joe also uses the strong bonds with family to provide the extra boost when times get tough. In the downtime of the day, Joe and I got chatting about the motivation behind his career choice. I was surprised by the answer. He doesn’t want to be successful for himself. He doesn’t want the fame or fortune. Instead, Joe wants to provide a future for his mother. He is able to commit 100% to the MMA lifestyle by living leanly at home. In return, Joe wants to show his gratitude by giving her the life she deserves – and MMA is the route he is taking. This says a lot about how Joe sees life and family. It seems to me he is very family orientated – for instance, Joe often takes his small nephew out to castles and historical places in order to educate. By putting his work ethic together with the motivation to improve the lives around him, Joe is putting building a very strong foundation.

After a couple of hours to rest and eat, later on that day Joe would be back at the gym to do 2 extra sessions of No-Gi and MMA. To put this in perspective, Joe’s day started at 6.00am, he will get home at about 10pm. He will get some sleep, then do it all again, and again and again until he reaches where he needs to be. Spending time and shooting with Joe he knows it won’t be an easy road ahead, but given how much time, energy and commitment is being shown, I’m willing to bet that in the next 18 months, the UK scene will have a new breakout star. 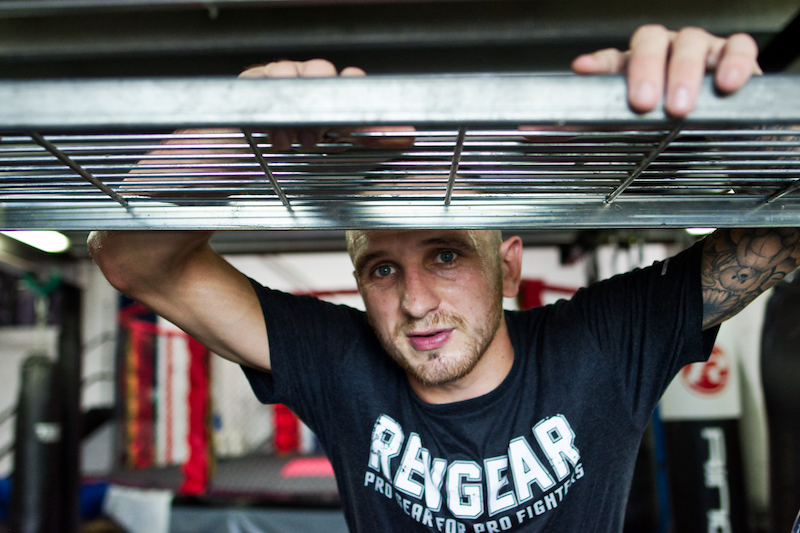