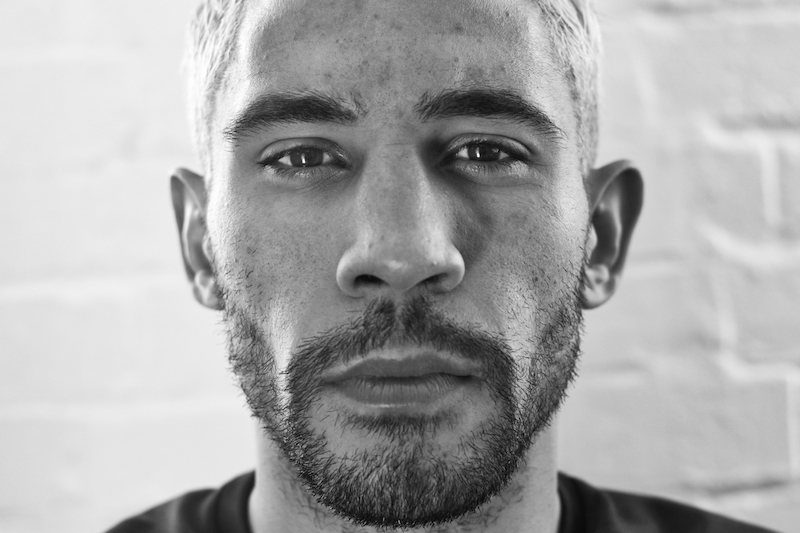 KGP 70kg European Champion Luke Whelan is a few weeks away from making history. On November 10th at KGP 15, he faces Joe Himsworth for the 67kg KGP Championship. If Luke wins this champion versus champion showdown, he will be the first KGP fighter to hold two belts simultaneously, in different weight divisions. UK Fight Site paid him a visit to see how final preparations were shaping up. 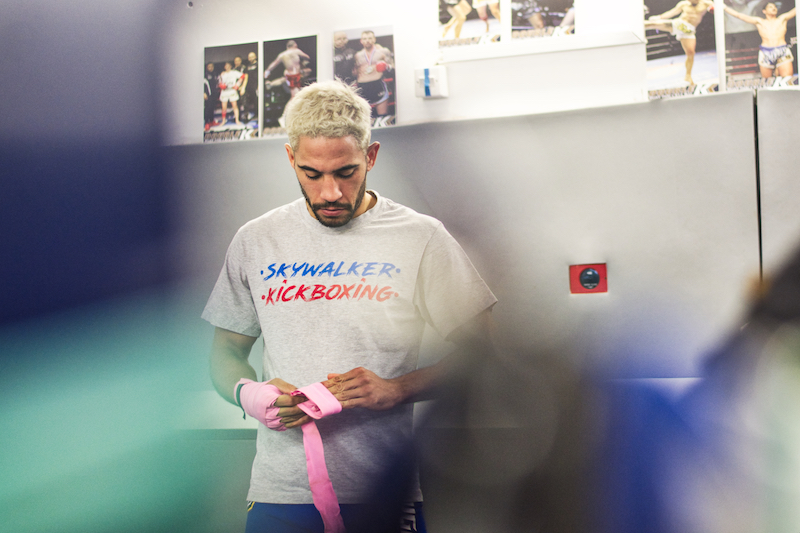 Aged 18 and influenced by his older brother, Luke began his martial arts journey training Muay Thai. This soon transitioned to K1 where he has forged a successful career and currently holds a Southern Area Title, a British Title, 2 European Titles, and a World Title. 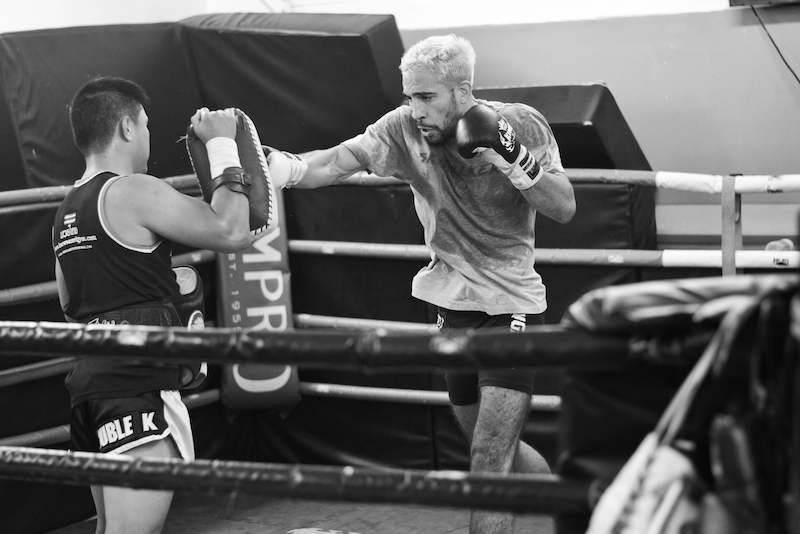 Training out of the famous Double K in New Eltham, Luke describes it as a ‘spit and sawdust’ gym. It’s located at the back of a car park and is no bigger than a townhouse. It’s a ‘no frills’ set up, miles away from the typical high street gyms. However, this is where the strength lies. It’s a small community of world-class coaches and fighters with the sole purpose of improving themselves and those around them. 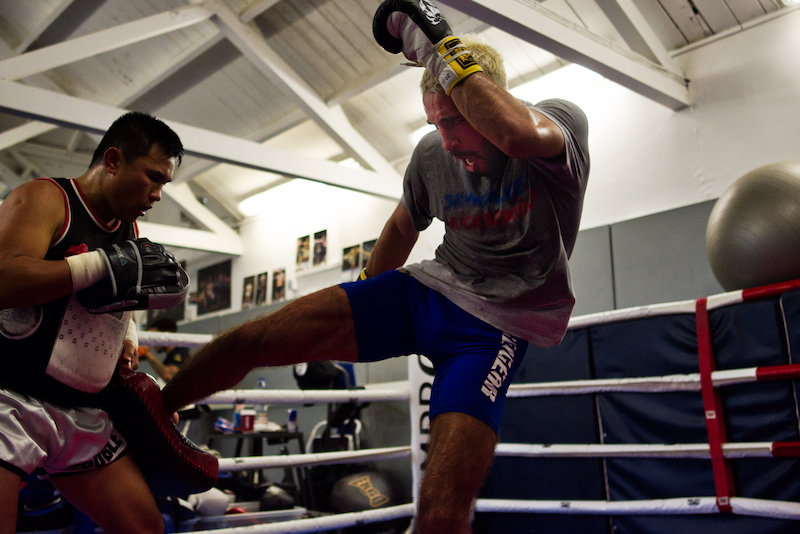 Luke spent the morning smashing pads with coach Rittijak Kaesamrit (aka Joe) who has himself competed in over 300 bouts.
Capturing the session was an absolute privilege. The sheer crispness and timing of the strikes meant Luke wasted no movement. He moves around the ring with effortless poise, before exploding into combination after combination. A quick breather, and then onto the next round. Whilst doing pad work, Luke and Joe share an almost telepathic relationship. Coach and fighter in a total state of flow. There are extended periods of time where no words are spoken between them. Just fluid 360-degree movements with strikes finding their target. When two athletes at the top of their game are using all their skills and experience to bring out the best in one another – it’s an amazing thing to watch. 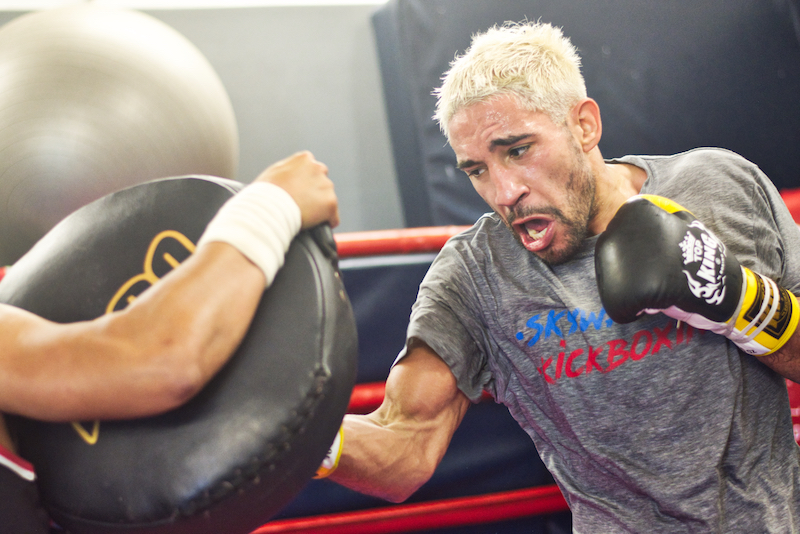 As a fighter, a number of aspects are beyond one’s control. What Luke does control, however, is his training. His peers call him ‘Luke 365’ for good reason. It’s not rare for fighters to train 5 or 6 days a week, but Luke isn’t content with that. Luke trains every day without fail. Come rain or shine he is paying dues in the gym in order to improve and gain that edge over the competition. 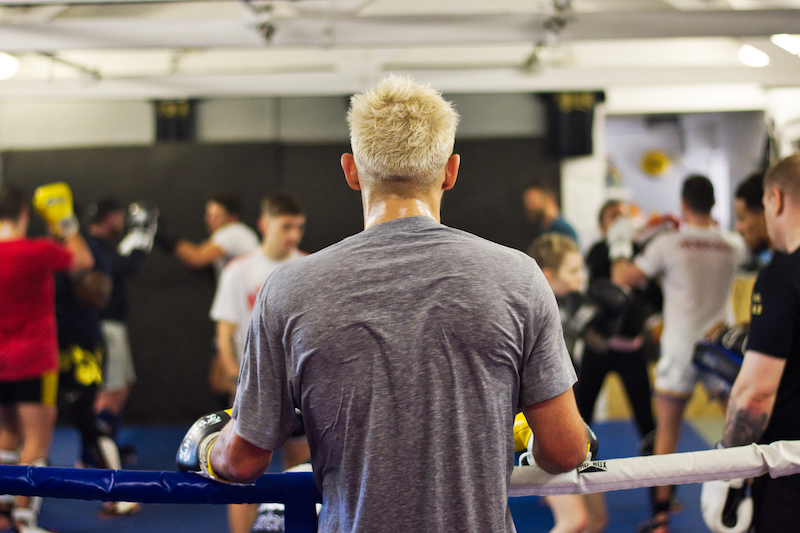 With the biggest fight of his career within touching distance, one could forgive Luke for being tense and distracted. But nothing could be further from the truth. He seems to have a quiet confidence knowing that come fight night, all the hard work will be worth it and during our time together Luke was welcoming, humble and laid back. However, on November 10th at KGB 15, Luke’s opponent will be afforded none of these niceties. For Luke Whelan – history awaits.