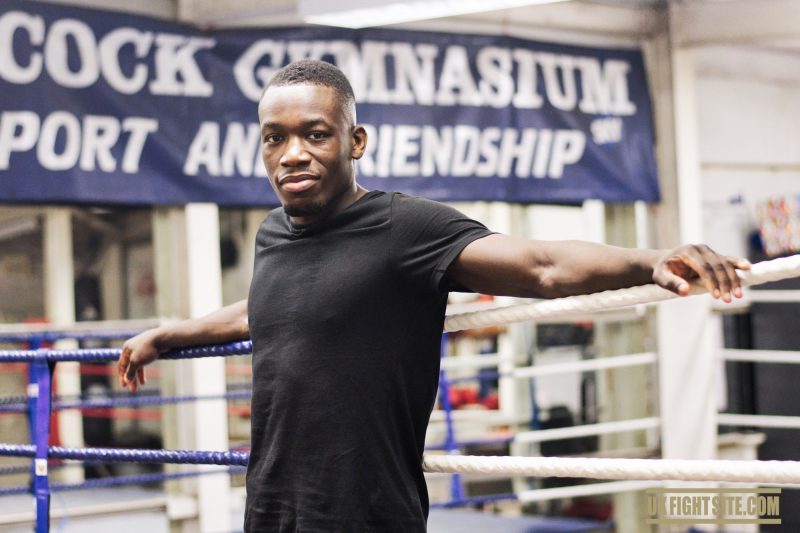 Mike ‘Airlines’ Ekundayo is an MMA fighter from South London. On December 8th, he headlines Cage Warriors 100 facing Jack Shore for the Bantamweight Championship. UK Fight Site caught up with the undefeated 24 year old to see how preparations were taking shape. 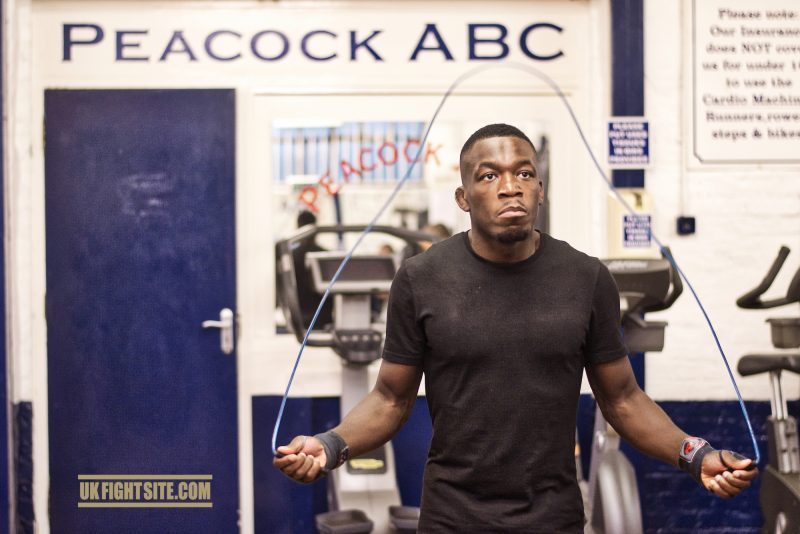 Like many MMA fighters, Mike trains for different skills at different gyms. On a weekly basis and to sharpen his hands, he attends the legendary Peacocks Gym in East London. At Peacocks, Mike is under the tutelage of Ali Forbs – a man who wouldn’t look out of place in a Rocky movie. The coach speaks very quietly when instructing and also walks with a pronounced limp when making his way around the gym. However, when holding pads for Mike he moves like a cat. Years of repetition has meant Ali’s movements in the ring have become totally ingrained and instinctual. The same body that struggles to walk, can ebb and flow to keep up with a 24-year-old MMA fighter. The transformation is extraordinary. 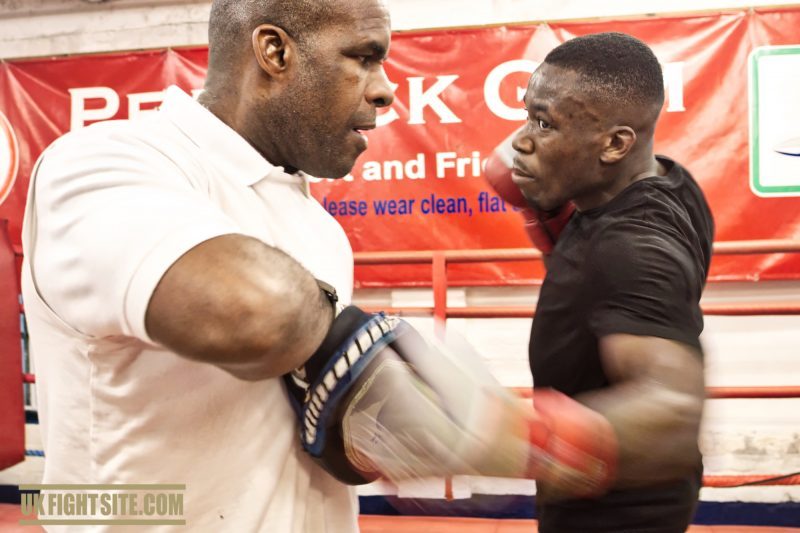 Mike obviously has huge respect for Ali. Any commands, he obeys. Any questions, he answers with please and thank you. There is no talking back as Ali is putting him through a punishing session. In the relatively short time, I was with Mike, he skipped, smashed pads, hit bags, worked his core, shadow boxed and lifted weights. There is absolute trust from Mike, knowing that this is all part of the grand plan. 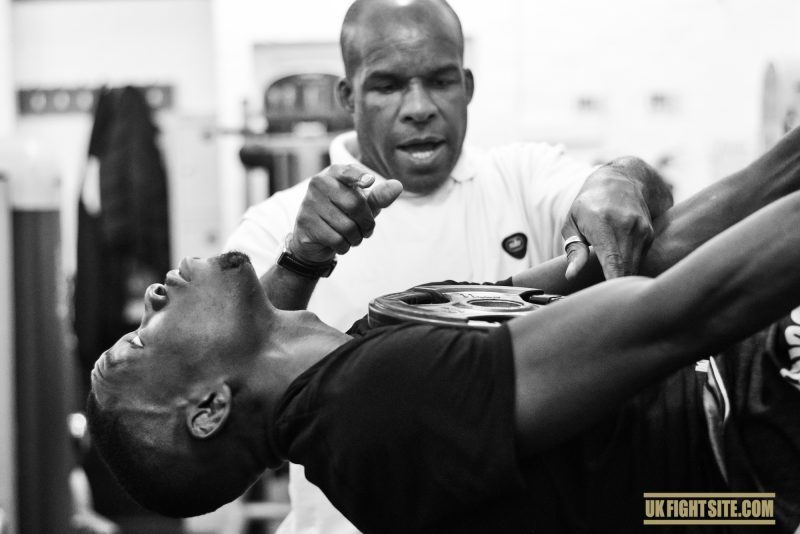 After boxing, it was time to head to North London’s Titan Fighter gym for MMA specific training. Run by Mickey Papas and UFC legend Brad Pickett, Titan Fighter has become a breeding ground for top UK fighters. As well as Mike, pro stalwarts Nathaniel Wood and Ashleigh Grimshaw are also products of the gym’s legendary conveyer belt. Observing the session, it is obvious the respect Titan has for Mike: the coach asked him to take the group’s warm-up and he was always the man to give instructions to others. 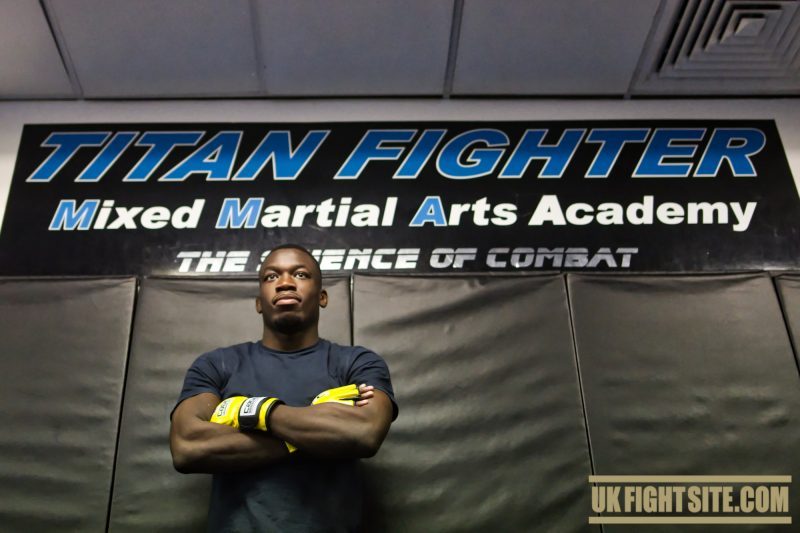 Mike hasn’t taken the generic route to MMA stardom. He didn’t grade in Taekwondo, Judo, Karate or BJJ and didn’t even know what MMA was until 6 years ago when he played UFC on the PlayStation. The game ignited something within Mike and fighting with a controller soon became fighting on the mat at his local MMA gym. After years of honing his craft, Mike’s tipping point was Bellator 200 at Wembley Arena. With the win bonus, he could hand in his notice to the local cinema where he was working and go full time with his fighting. Not only had he won the biggest fight of his career, but he would be able to pursue his dreams without any distractions. Every fight from here on in means he can continue to live the life he wants to live. Without a cinema stub in sight. 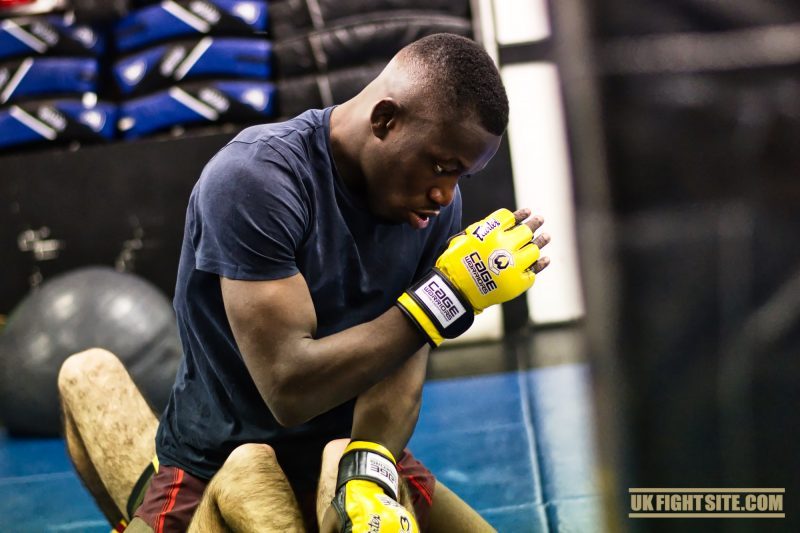 What’s fascinating about Mike is how grounded he is. A matter of days away from main eventing the biggest MMA show in Europe, he is calm and his routine stays the same. There is no inflated ego and he seems totally content with the life he is living. For an MMA fighter, this is a great position to be in. Mike is also a big believer in following his process and controlling the controllable. If he trains hard and performs well on the night he will be happy. A perfect example of this attitude is when he spoke about his Bellator 200 fight – the win that allowed Mike to go full time – the celebrations were muted due to him not performing to his own high standard. This is a mindset of a person who does not settle for mediocrity, but rather of a fighter who is destined for great things. 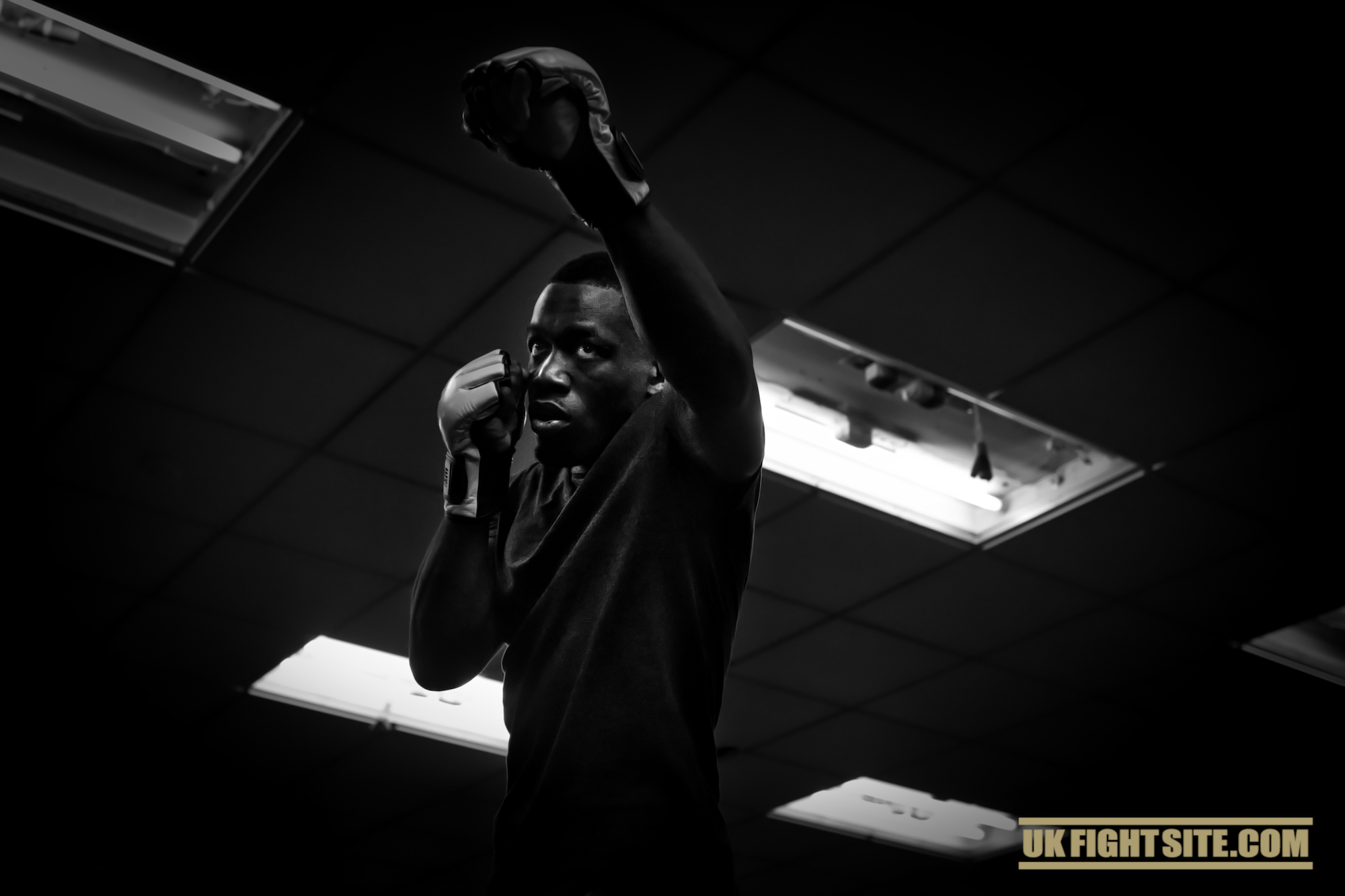 The ‘Airlines’ nickname came about after Mike’s opponent was carried from one side of the cage to the other and then slammed to the floor. Brad Pickett described the scene as taking a flight on Ekundayo Airlines. It stuck.

On December 8th, the Ekundayo Airlines takes flight again, this time arriving into the Ice Arena. Mike is confident that when the plane departs, Jack Shore will be the reluctant passenger on board.

All Photos By Ben Bowles