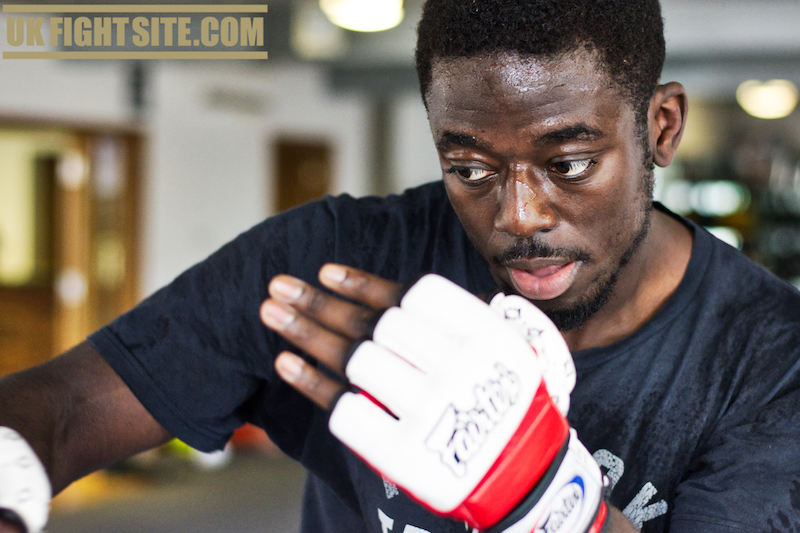 5 weeks from now, pro-MMA fighter Tayo Odunjo will be standing across the cage from Jaz Singh at MTK MMA. The prize? The MTK MMA Welterweight Championship. UK Fight Site checked in with Tayo at Revolution Martial Arts to see what he has planned for April 13th.

In his MMA career to date, Tayo is 4 fights undefeated. However, the martial arts journey started with winning records at kickboxing and amateur boxing. Training since he was 15 has given him the necessary striking foundations, but in order to succeed in the MMA game, Tayo knows this isn’t enough. Consequently, he splits his training across the MMA skill set taking in striking and grappling. This holistic training has had a direct influence on the manner of Tayo’s wins: One unanimous points decision, 2 TKO’s and a submission, all illustrate how well rounded his skills are. Whether his fight against Singh is all out war on the feet or ground – Tayo doesn’t have any weak spots. 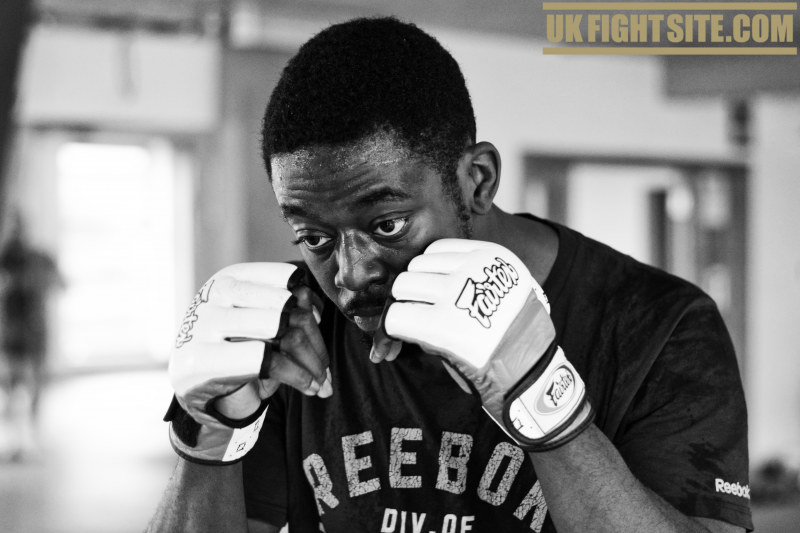 Spending time with Tayo, he exudes a quiet confidence in everything he does, despite being within touching distance of a title fight. During training, his moves are deliberate and thoughtful with nothing being forced. Of course, without an opponent trying to incapacitate you, therefore no pressure, it is usual to see fighters spar and drill with ease. However, Tayo is one of the rare fighters able to take his training mentality into a competitive situation. A perfect example being his last outing against Jay ‘Nightmare’ Shepherd. Despite Jay’s furious strikes, Tayo calmly controlled the fight to the ground where he took advantage of his superior BJJ skills and got the tap in round 1. You often hear coaches discuss fighters that are ‘beasts in the gym, but fail under the lights.’ Tayo, it seems, is not one of them. 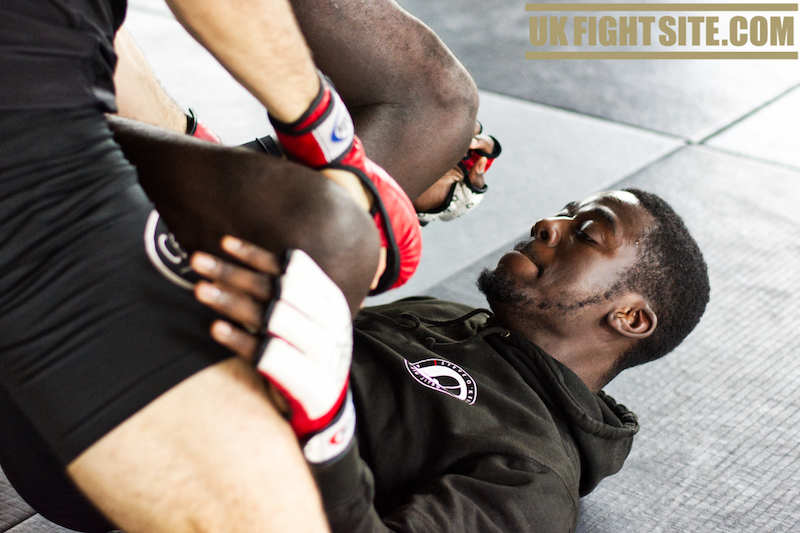 Discussing the up and coming fight, Tayo talks with certainty about the outcome. By no means is this arrogance, but rather a man who is totally comfortable and at ease with where he is mentally and physically. He also strikes me as a team man, as at times when drilling, Tayo took time out to coach and encourage younger fighters. 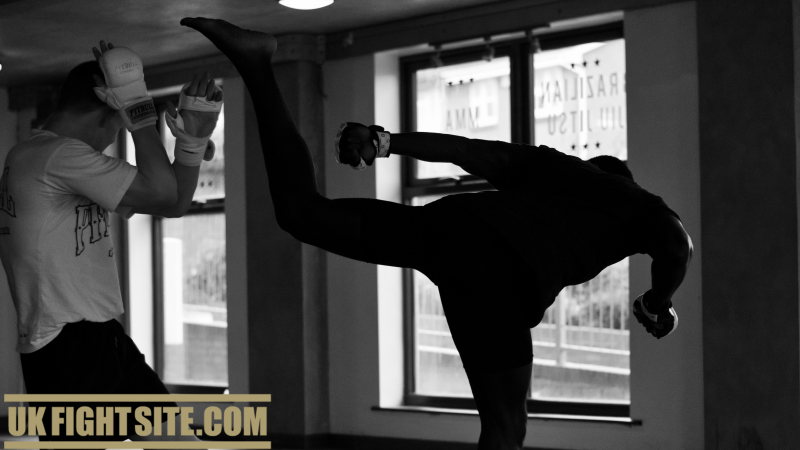 One thing Tayo won’t need to worry about is support. When the referee stopped his last fight in October, his fans erupted and nearly blew the O2’s roof off. Post-show, the fans took to the foyer chanting and singing his name, similar to a scene from last summers world cup – crowds spilling out on to the streets when England scored a last minute goal. It’s something that I’ve never seen at an MMA show. For Tayo, if there was ever a home game – this is it. 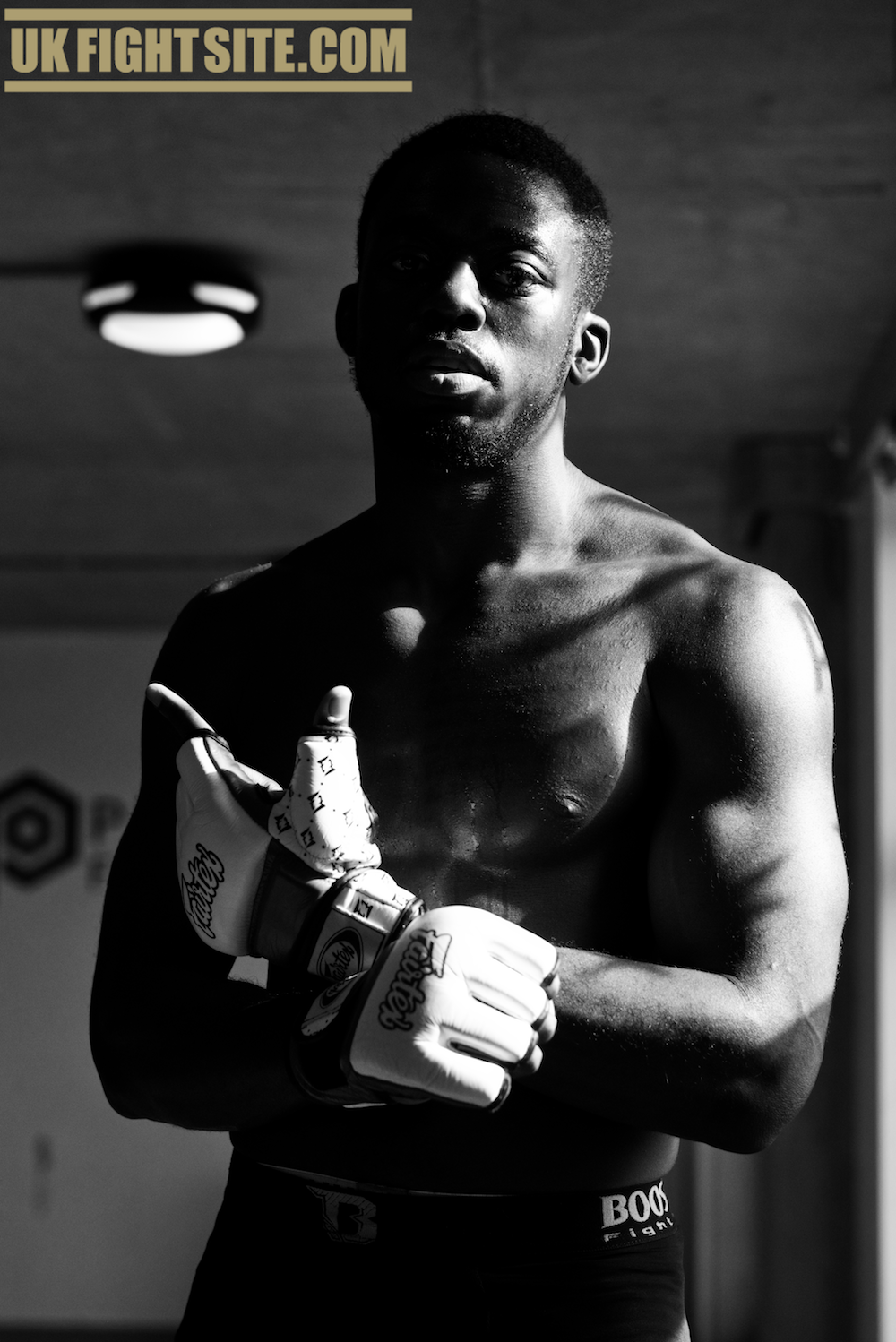 After years of sacrifice and dedication, Tayo is a matter of days away from putting a marker down in the Welterweight division. But as the bout gets ever closer and the pressure builds, I have a feeling that not much will change for Tayo. He will calmly train, he will prepare diligently and he will go through the processes that have got him to this point. 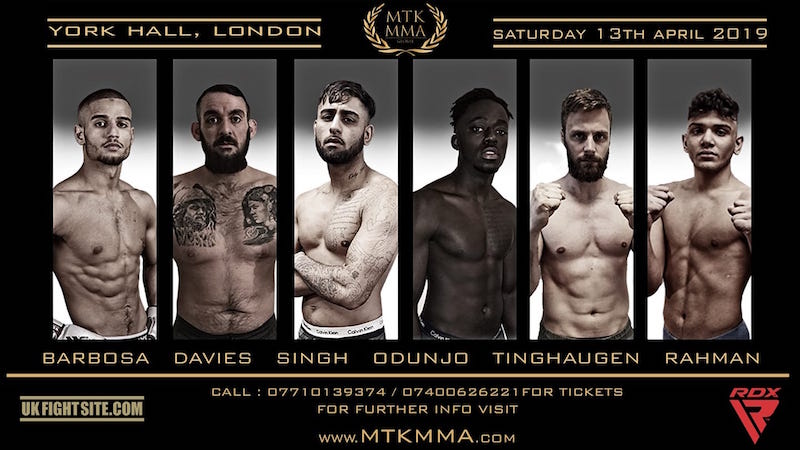