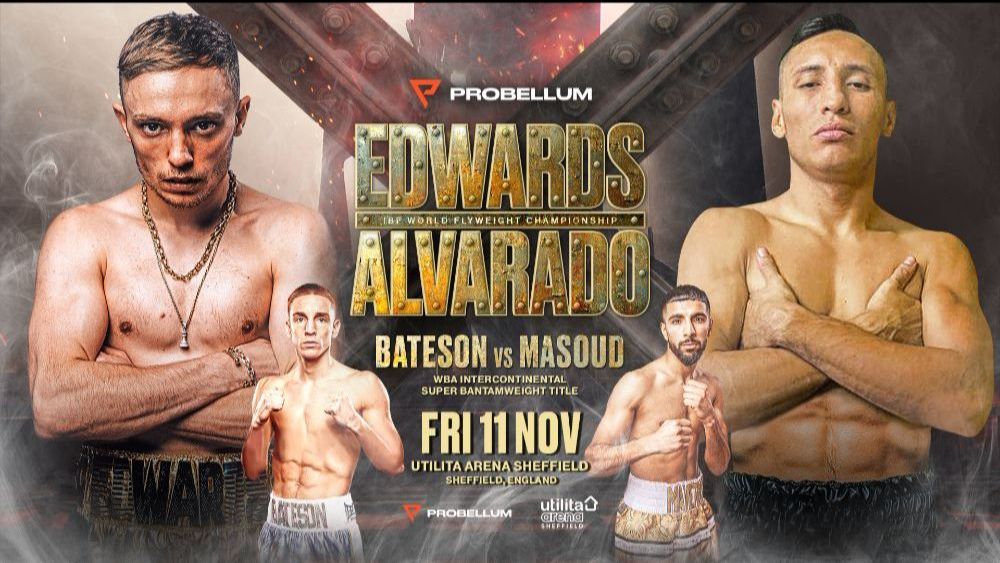 Sunny Edwards insists Julio Cesar Martinez deserved to be stripped of his WBC title the second he walked away from their unification fight.

Edwards and Martinez were deep into negotiations to stage a blockbuster fight in Mexico last month, for the IBF and WBC world flyweight titles.

Britain’s Edwards had been pushing to make the fight happen for months, but Martinez turned his back on the showdown and, instead, agreed to face his mandatory challenger McWilliams Arroyo in December.

Edwards had to quickly put the disappointment of Martinez’s withdrawal behind him and, on Friday, night at Probellum Sheffield, the man known as ‘Showtime’ defends his belt against the extremely dangerous Felix Alvarado.

But the 26-year-old is adamant there should be more than his IBF crown on the line at the Utilita Arena this week.

“Martinez is not a rival of mine, he’s a muppet,” said Edwards, in scathing attack on the Mexican.

“I saw him as easy work, but I was trying to sell it as being my hardest fight to date.

“The WBC title should be vacant, and it should be on the line for me and Alvarado on November 11. Martinez was paying step-aside money, to an overdue mandatory challenger, and then pulled out of the fight.

“Whoever is advising Martinez has told him to stay a million miles away from Sunny Edwards. He has avoided me like the plague.

“And, for me, Martinez is done in the division now.”

Edwards wants to land a big-time fight with Jesse ‘Bam’ Rodriguez in 2023 and had invited the US star to be at ringside in Sheffield this week.

But the charismatic champion knows he cannot afford to overlook the hard-hitting Alvarado, who was previously an IBF title holder at light flyweight.

“I have become one of the most avoided fighters in world boxing, but Felix Alvarado has the courage to face me on November 11, and that makes him an extremely dangerous opponent,” Edwards said.

“I have grand plans to become the undisputed flyweight world champion, and then move through the weights, and I am totally confident that will happen – but there is no room for error against a fighter of Alvarado’s calibre, that’s for sure.”