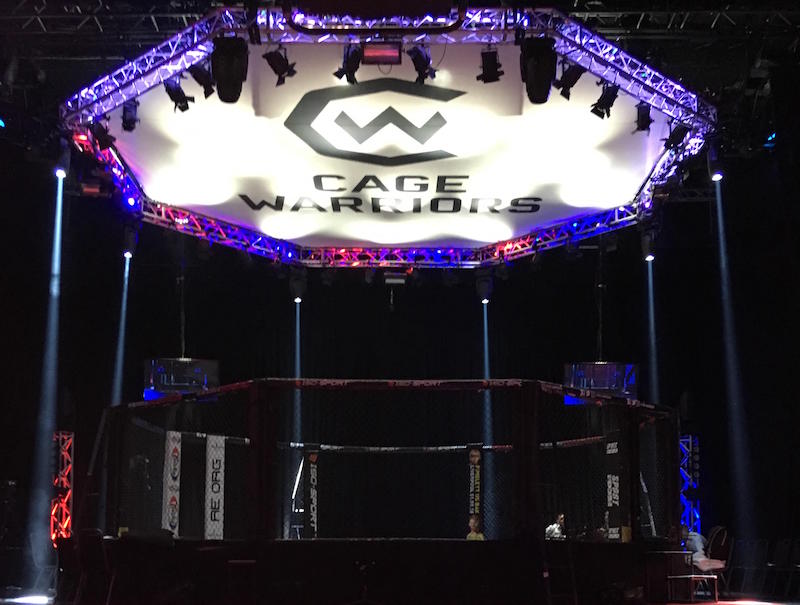 Perry McMahon: Now that the dust has settled from Cage Warriors 95, what were your highlights of the night?

Graham Boylan: Ross Houston vs. Nathan Jones was a great fight, Paull McBain, and Steve Aimable was a great fight. It was good to see Brad Wheeler get back in the win column. The fight between Mehrdad and Stefano, Stefano proved to be a legit champion the way he dismantled Mehrdad in the first round of a Cage Warriors world title fight. There was a lot of highlights in the show for me.

PM:Now that you have two Italian Cage Warriors champions on the roster with Mauro Cerilli and Stefano Paterno, Are you looking at holding an event in Italy?

GB: Yeah, we do mainland Europe. We’ve done Belguim and Sweden this year, and we’re looking at other places. The Italian side of the roster is starting to build up. It’s something we’ve looked into but it won’t be this year, we’re done for this year. We’ve got a few big arena shows left to carry out for the rest of the year. Maybe next year, it depends if the Italian invasion in Cage Warriors carries on.

PM: Mike Ekundayo got the win over Ed Arthur at Cage Warriors 95. What did you think of his performance?

GB: Solid, he just smothered Ed Arthur and Ed never really got a chance to get going in that fight and it was a very dominating performance. It shows that there was a lot of people questioning his experience. We know he’s unbeaten, he’s had six fights but there were other questions around his experience and would Ed have the craftsmanship to actually control the young Mike Ekundayo coming into the game with less experience but Mike showed he belongs up there, he just manhandled and controlled Ed the whole way through that fight.

PM: Ross Houston remained undefeated after submitting Nathan Jones at Cage Warriors 95. Could he be next in line for Cage Warriors Welterweight champion Stefano Paterno?

PM: Is there any update on when Cage Warriors Heavyweight Champion Mauro Cerilli will his next appearance in the cage?

GB: We don’t know really. Mauro had his sights set on the UFC after he won his last fight, So it’s just a case of the UFC are interested in bringing him in or not. That’s the question mark on Mauro defending his belt. If the UFC is interested in him then obviously he’ll have the option to go there but I think the holdup is he’s waiting to find out whether they are interested, so if you see him back with us then obviously there’s no room at the inn.

PM: Paddy Pimblett vs. Soren Bak headline Cage Warriors 96 in Liverpool on Saturday 1st September. How are fans reacting to the fight?

GB: I think the fans are reacting in a very positive way and the ticket sales are telling us that. Ticket sales for that event are plus 3000 already, we are still a week away from the start of August. It’s a positive vibe that Paddy’s fighting for that belt and Paddy’s back in the game. To put on Paddy vs. Soren Bak, two of the best grapplers, submission artists in that weight category in Europe against each other in their prime. It’s phenomenal to see and that’s a testament to the sport. you only ever see that in this sport, in other sports, you never get two guys in their prime, in their youth competing against each other so there’s massive public feedback for that fight and that show, it’s going to be a pretty packed out arena on September 1st

PM: Cage Warriors returns to Birmingham for the first time in 8 years with Cage Warriors 98 on October 20. Any idea on who be featured on the card yet?

GB: We can’t give that away just yet. We do have a really strong card and fights put together for that. Some of them are verbal, we are waiting on contracts to be returned and some of the contacts need to go out. I imagine as of next week, we’ll start releasing what’s going on with that.