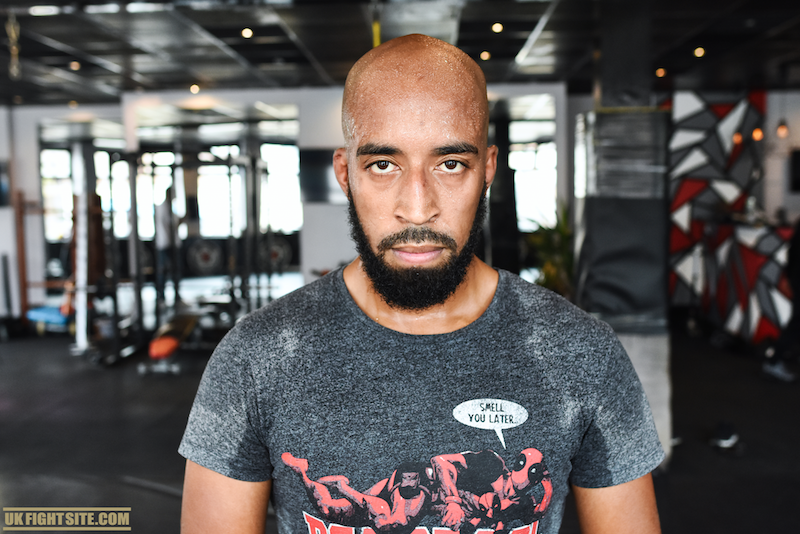 Jahreau Shepherd – The Journey So Far

The early stages of the UK Fight Site relaunch began on Saturday 24th June 2017. I attended Dave O’Donnell’s WCMMA 29 fight card at the Troxy in my hometown of East London in an attempt to get a feel of what was going on at the grassroots level of MMA. The night was packed with up-and-coming talent looking to earn their stripes in the cage, Will Drewitt, Joe Draper, Reuben Lindo, and Harry Keane all impressed with their performances. It was also the first night I was exposed to the talents of Jahreau “The Nightmare” Shepherd.

The Beginning
The 26-year-old walked to the cage flanked by Team Mean’s Alex Montagnani and Alpha Talent Mangement’s Danny Beevor and Martin Ireland. Shepherd could barely contain himself as he bounced up and down in his corner, slapping himself while staring a hole through his opponent Calvin Reynolds. The bell rang and I was instantly a fan of Shepherd’s relentless pace and aggressive fighting style. Jahreau demonstrated superior boxing skills as he landed punishing body shots and swung from the fences. After three rounds of action in what was considered the fight of the night, Shepherd earned himself a unanimous decision victory in his second amateur fight. 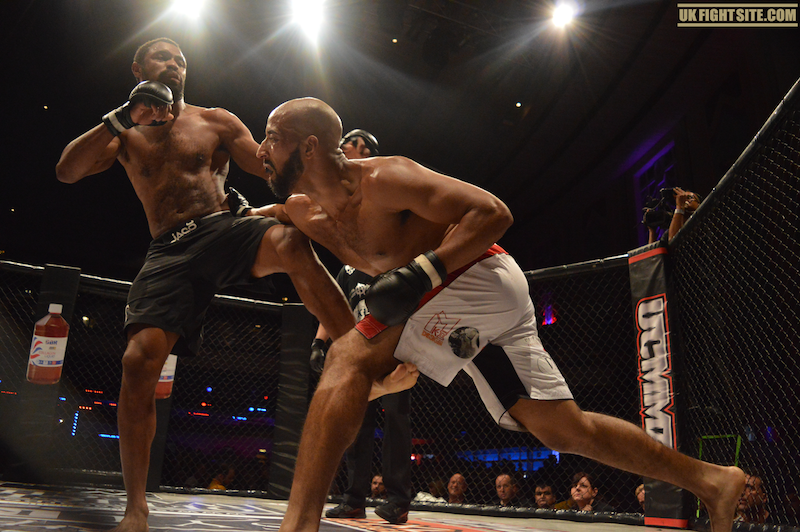 Going Pro
Jahreau went 4-0 as an amateur on the regional circuit before joining the professional ranks in 2018. That year Jahreau lost his professional debut against James Reedman at BAMMA 34 before rebounding with an impressive stoppage win against Marcin Zywica at Bellator 200 at Wembley Arena. The Pound-for-Pound product was then scheduled to take on Karl Donaldson at BAMMA Fight Night London, which was set to take place at the historic York Hall and air live on Unilad and Channel 5. Unfortunately, the news broke in a story that is all too familiar in Mixed Martial Arts, Donaldson was out of the fight and Jahreau was left without an opponent. The Nightmare was soon entered into a stacked 4-man welterweight title eliminator under the MTK MMA banner. The tournament also featured dangerous finishers Tayo Odunjo, Jaz Singh and Tommy King. Jahreau was matched up with another prospect in Tayo Odunjo but came out on the losing end in an exciting fight where both men threw caution to the wind and traded in the middle of the cage.

Training
Shepherd began working with MMA coach and fighter Jeremy Petley at London Fight Factory, while still training with at his long-time homes Pound-for-Pound and Team Mean. Shepherd also took the time to sharpen his skills at Team Underground and travel to Sweden with his teammate Alex Montagnani to train at the All-Stars Training Center in early 2019. The training at All-Stars, home to UFC veterans Alexander Gustafsson and Ilir Latifi, combined with the work he put in with his London teams, lead to a clinical performance at MTK MMA that left his rival Calvin Reynolds bloody and battered after two rounds. It was clear Jahreau was ready to step up in competition and showcase his skills on a bigger stage against tougher challenges. A scheduled bout with Furqan Cheema at Fightstar Championship was canceled and in a strange turn of events, the replacement Josh Edwards left the building before the fight was about to go down, once again leaving Jay without an opponent. 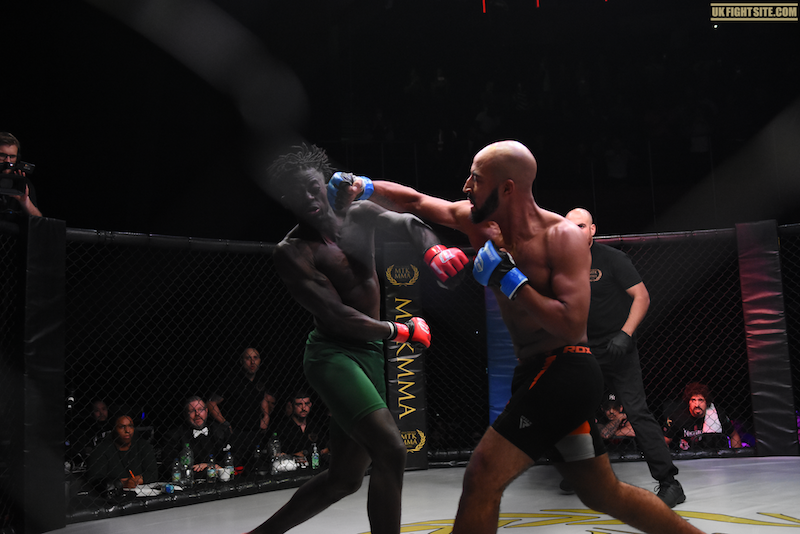 The Future
It was announced that Jahreau had joined the roster of Europe’s leading MMA promotion Cage Warriors, where he was set to compete in their stacked welterweight division alongside top fighters like champion Ross Houston, Alex Lahore, and Rhys McKee. The promotion is a proven pathway to UFC glory with former two-division champion Conor McGregor, Hall of Famer Michael Bisping and Dan Hardy all coming trough the promotion before making the jump to the big stage. The Nightmare was scheduled to face veteran fighter Jamie “Young Gun” Richardson at the invite-only Cage Warriors Unplugged 2 event held at the BT Sport Studios in London on Friday 6th September. Unfortunately, disaster struck again when Jamie Richardson sustained an injury that forced him out of the contest.

Shepherd will now be looking to rebound from the disappointment of missing out on the opportunity to showcase his skills live on BT Sport 1 and UFC Fight Pass when he challenges Jordan Miller for the vacant Fusion Fighting Championship welterweight title on Saturday 21st September at Epsom Downs Racecourse in Surrey. Jahreau has hinted at a possible rebooking of his fight with Jamie Richardson at Cage Warriors London on Friday 22nd November at the Indigo, which in my opinion would make the perfect location for The Nightmare to announce his arrival on the big stage. 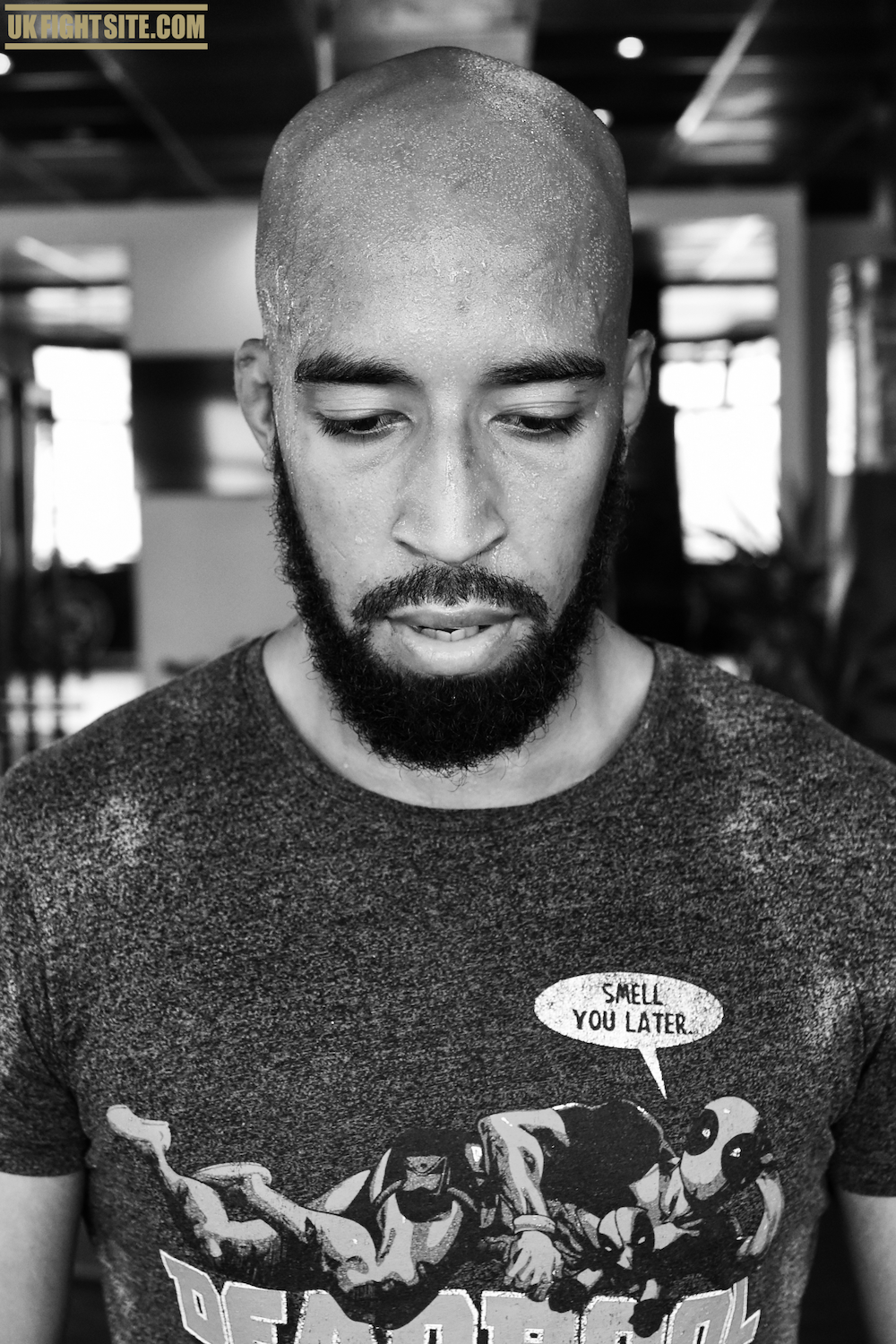