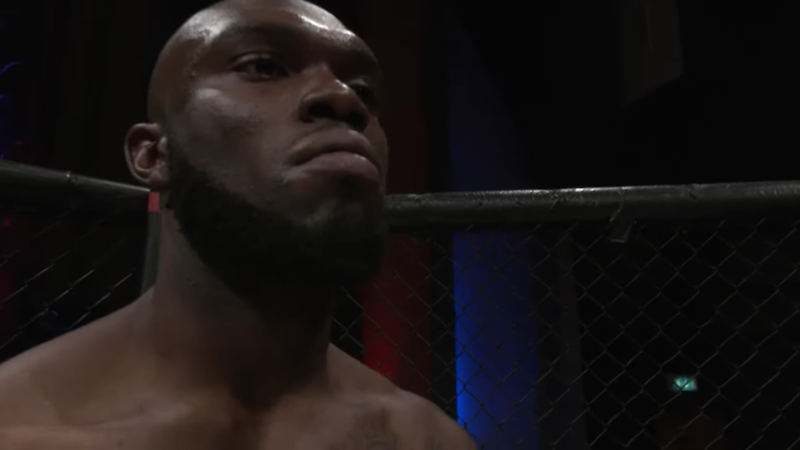 Alpha Talent Management has signed middleweight Kasemi Chujor to their already stacked roster of fighters. Kasemi started his professional career with a first-round TKO against Calvin Reynolds at UCMMA 59 in May. Chujor was last seen in the cage against the undefeated Will Currie (4-0) at UCMMA 60 in September, where he missed out on the UCMMA Middleweight title after Currie submitted him with a rear-naked choke in the first round.

Kasemi said “I’m excited to get on board with ATM, what convinced me to sign up with them was some of the great work they are doing with some of their fighters and I believe it’s the right step for me to take going into 2020 to move my career forward…My last fight was a title fight in UCMMA and I do see in 2020 more title fights and bigger fights for myself.”

Chujor also picked up an impressive win in kickboxing competition, where he defeated Skywalker Kickboxing’s Duane Bulled via unanimous decision at Road to MTGP: London in June. Kasemi trains under the tutelage of Leo Nagao and has previously worked with Bellator’s Jim Wallhead and the Silverbacks MMA team.

Martin Ireland and Danny Beevor’s Alpha Talent Management has achieved great success in 2019 with their fighters bringing home gold in the amateur and professional ranks. ATM’s Jeremy Petley continued his winning streak under the Bellator banner with a unanimous decision win against Tom Mearns in November. Alex Montagnani has been working on a feature film in Canada, where he secured the lead role in the upcoming Cage Fighter movie that stars UFC legend Chuck Liddel and AEW’s Jon Moxley.

Chujor said, “I believe ATM is the right management team to go with and for me also going with people that are not only interested in financial success but actually care about a fighter and that’s one of the main reasons that I felt ATM was the best team to join with.”