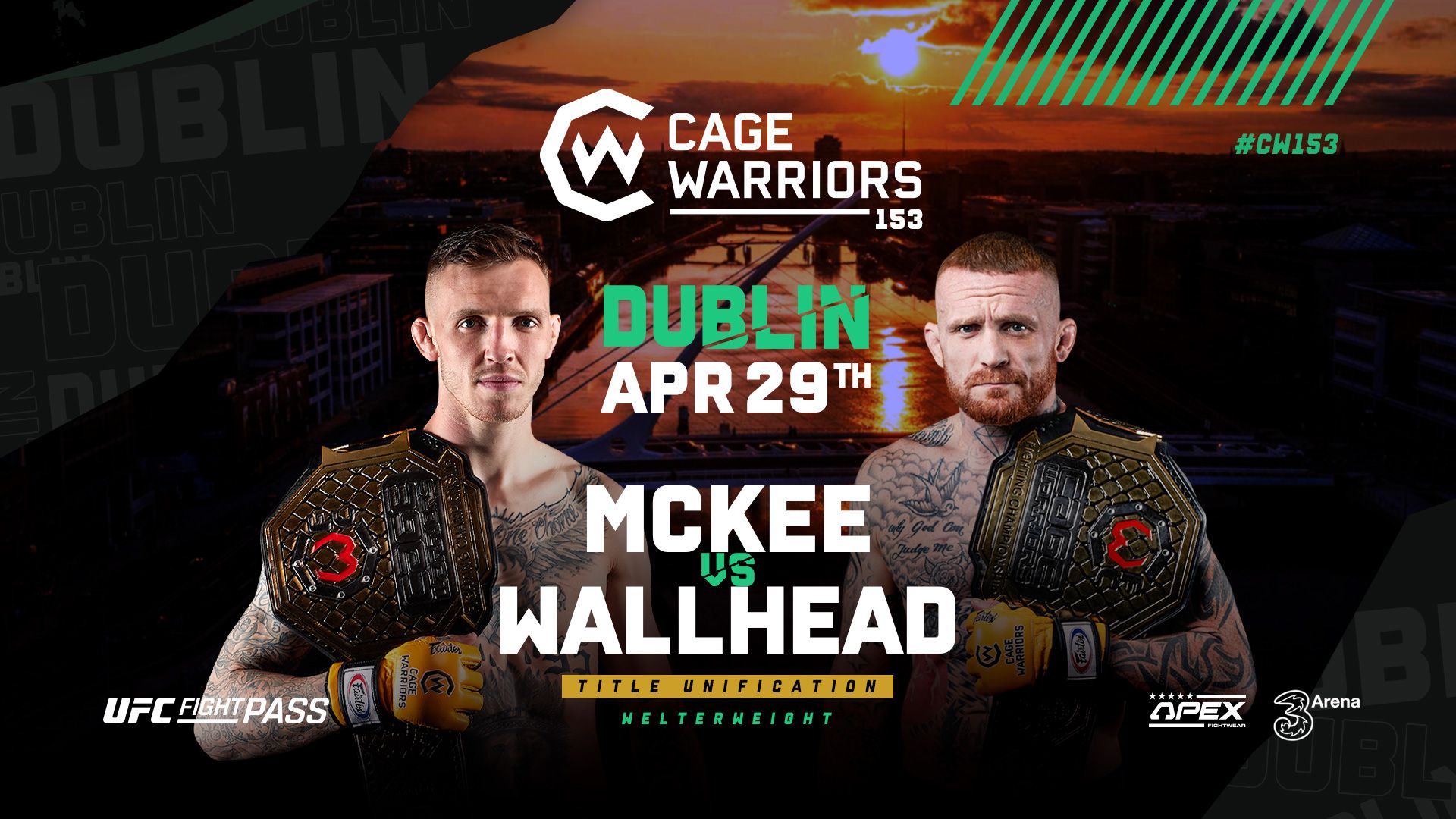 Tickets for the April 29th event, which is set to feature a host of Irish talent competing against Europe’s premier mixed martial artists, go on general sale at 9am on Friday, January 20th, with an exclusive, 48-hour presale for 3Mobile customers from 9am on Wednesday, January 18th.

In what is sure to be one of the biggest and most important European MMA bouts of 2023, one man will leave Dublin as the undisputed 170lb CW champion.

Rhys ‘Skeletor’ McKee (12-4-1) won the title in June 2022, after an all-out war with England’s Justin Burlinson, a bout recently voted ‘Fight of the Year’ by CW fans.

The Ballymena man maintained his 100% finishing rate with the win, and will now be looking for his third consecutive victory in the famous yellow gloves following a stint in the UFC.

Opposing McKee is UK MMA legend ‘Judo’ Jim Wallhead (33-11), who completed a fairy tale return to CW in 2022, capturing the interim title seventeen years removed from his professional debut with the promotion.

A product of the vaunted Rough House collective, Wallhead stunned young lion Matt Figlak with a first-round knockout in their interim title bout at CW 146.

With rumours of a potential unification bout swirling, the contest has now been officially confirmed to headline CW 153 at the iconic 3Arena.

“This is one of the biggest fights in the history of Cage Warriors…” said CW President Graham Boylan.

“Fans have been asking for us to return to Dublin; there’s no better place to do so than the 3Arena, with a massive welterweight title unification bout and a host of incredible Irish talent on the card!”

In addition to the aforementioned title bout, some of Ireland’s best and brightest have been confirmed for the CW 153 bill.

Decky McAleenan (7-5-1) will also return to action on the card, following an 11-month hiatus.

Additional participants and matchups for the event, which will stream live on UFC Fight Pass, will be announced in due course.