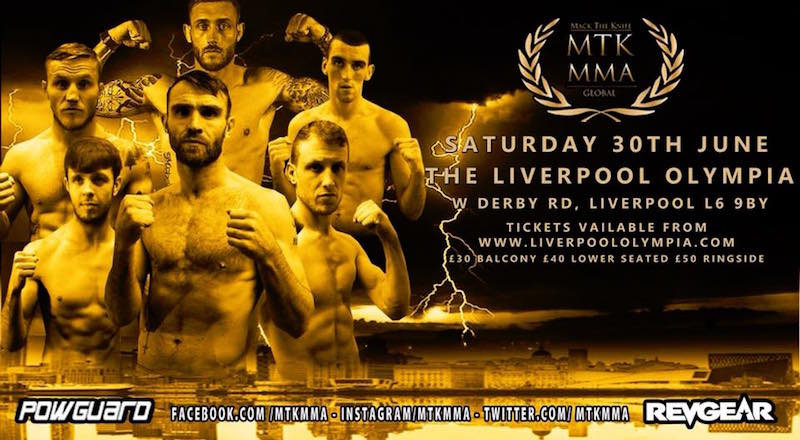 MTK Global MMA has announced details of its upcoming fight card at the Liverpool Olympia on Saturday 30th June. The card is scheduled to feature local talent from Liverpool’s Mixed Martial Arts scene.

HAMMA representatives Mick “The Huyton Hammer” Stanton and Bryan “The Big Bad Wolf” Creighton will be fighting on the card. A rematch between Stanton (3-2) and Matthew Bonner (3-3) is set to go down on the card according to Stanton’s social media posts. Bonner submitted Stanton with a rear naked choke in the second round of their first bout at Cage Warriors 90.

Adam Wilson (1-0) will be making an appearance on the card for his second professional bout after going 2-3 in the amateur ranks. Wilson is a product of the Next Generation MMA Liverpool gym, alongside local heroes Molly “Meatball” McCann and Paddy “The Baddie” Pimblett.

Mark Glover, Adam Wilson, and Graham Mealand are also confirmed to be fighting on the card.

Mick Stanton in action against Josh McManus at Cage Warriors 88

Tickets are available next week from www.liverpoololympia.com

0
35   0
previous Cage Warriors 95: Saturday 21st July at The Indigo
next Thompson vs. Till is official for UFC Liverpool