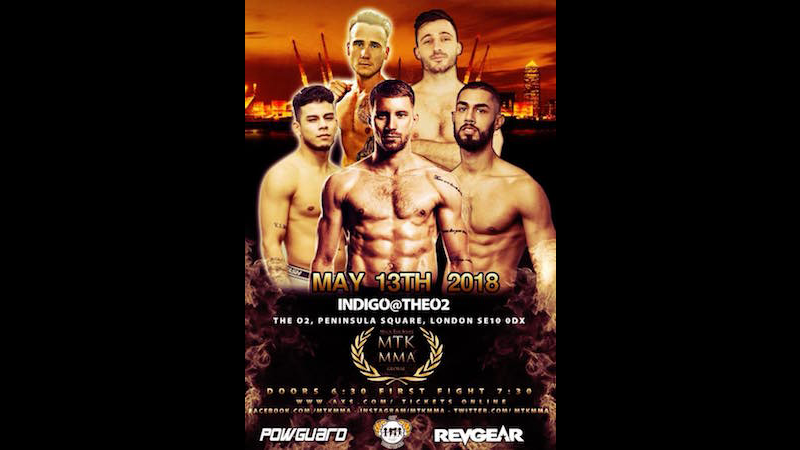 The inaugural MTK Global MMA card will take place on Sunday 13th May at Indigo at the O2 Arena in London, England. The promotion is stacking the card full of exciting young talent making noise in the UK’s regional promotions.

The fight card will feature up and coming talent from the UK’s amateur MMA ranks. LFC lightweight champion Joe Draper (4-1) is set to fight on the card after scoring a first-round knockout against Issac Segers to capture the title in December. Undefeated Perry Starbuck (3-0) will feature on the card after making a name for himself in Dave O’Donnell’s WCMMA promotion. Starbuck trains alongside Kieran Keddle and Charlie Peters at the Double K gym in New Eltham. Jordan “Pretty Boy” Powell (2-1) will be looking to rebound from the first loss of his career on the card. Powell recently challenged for the vacant WCMMA featherweight title against Will Drewitt. Team Titan’s Luis Gonzalez will return to action for the first time since 2016. Gonzalez (6-4) is a veteran of the UK’s UCMMA and Shock n’ Awe promotions.

Doors open 5.30pm with the first fight at 6.30pm
Tickets are available from www.axs.com