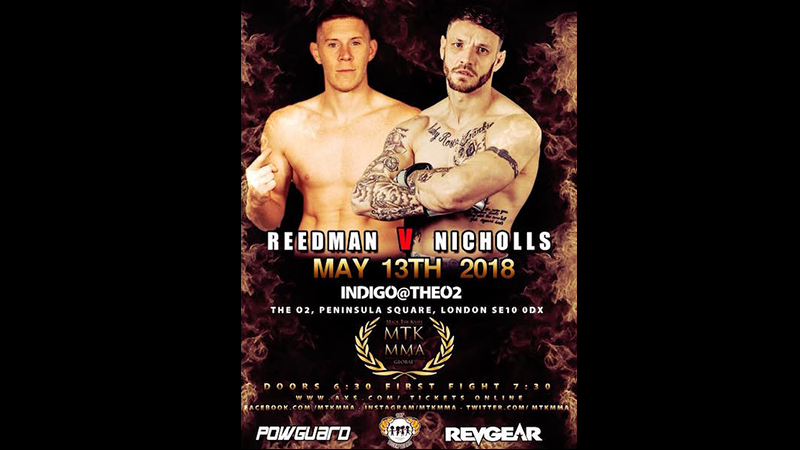 James Reedman vs. John “No Mercy” Nicholls has been added to the undercard for MTK Global MMA’s debut show on Sunday 13th May at indigo at The O2 Arena. Tickets are on sale at www.axs.com

James Reedman (2-1) is coming off a big win against Jahreau “The Nightmare” Shepherd on the BAMMA 34 preliminary card in March. Reedman stopped the Savage Squad member in the second round, handing him the first loss of his professional career. James trains out of the NFM gym in Windsor, where the coaching staff includes UK MMA veterans Nick Osipczak and Dean Amasinger.

Former WCMMA welterweight champion John Nicholls (2-1) will be looking to bounce back after suffering the first loss of his professional career against Josh Plant on the BAMMA 34 preliminary card. Nicholls racked up a 4-1 amateur record on the WCMMA and UCMMA cards held at the Troxy in East London. No Mercy fights out of the Keddles Gym in Orpington where UFC light heavyweight Jimi “Poster Boy” Manuwa launched his fighting career.

0
8   0
previous Thompson vs. Till is official for UFC Liverpool
next UFC 223 Fight Card