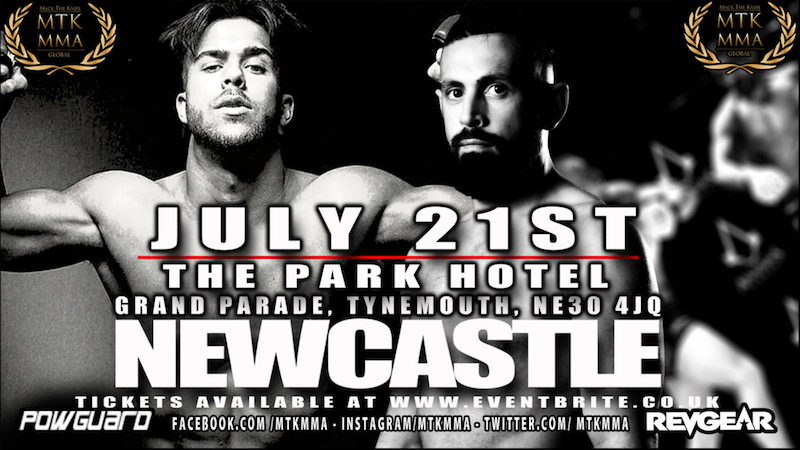 Joe Calboutin vs. Andrew Murphy
Joe Calboutin takes on Andrew “The Carlow Kid” Murphy in the featherweight division. Calboutin will make his professional debut in his hometown after going 3-0 as an amateur in the MMA Total Combat promotion. The undefeated Geordie has stopped all three of his opponents via TKO/KO and submission in the amateur bouts. Calboutin is managed by MTK Global MMA and trains out of the Bad Boy Training Centre in Gateshead.

Andrew Murphy (1-1) is a member of the Dublin based Team Ryano. Murphy was submitted by Richie Smullen in his professional debut at BAMMA 26 in 2016. The Irishman rebound from his loss with a first-round TKO against Stephen Kilifin at BAMMA 28 in February 2017.

Festus Ahorlu went 7-1 as an amateur, picking up featherweight titles in WCMMA and Lion Fighting Championships. The Savage Squad member made his professional debut against Will Cairns at MTK Global MMA at the Indigo at the O2 Arena last May. Ahorlu got the win after Cairns was unable to continue due to a shoulder injury in the first round.