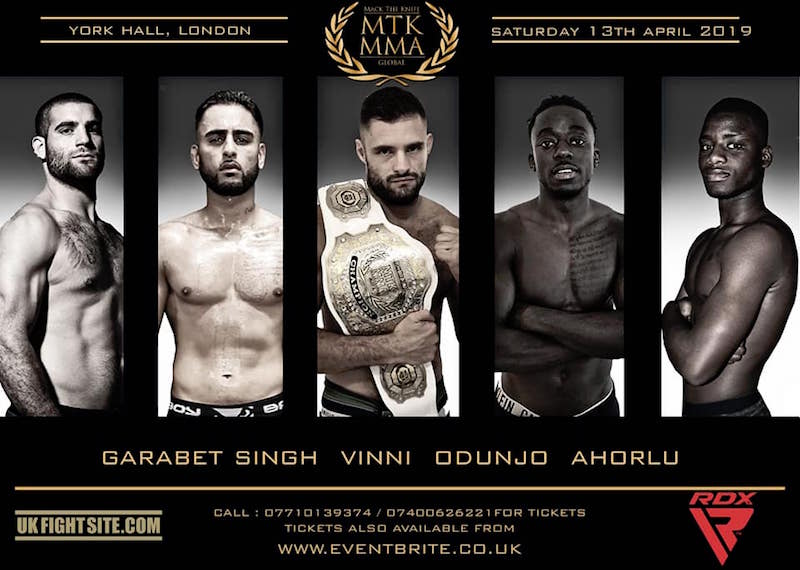 MTK MMA has announced 5 additional pro fighters that will be featured on the card. MTK MMA Middleweight Champion Dan Vinni will make the first defense of his title at York Hall on Saturday 13th April. The undefeated Tayo Odunjo and Jaz Singh will go to war for the MTK MMA Welterweight title after coming out victorious from the 4-man welterweight eliminator.

Alpha Talent Management’s Festus Ahorlu will be fighting for the promotion for the third time. Ahorlu (2-0) made his successful pro debut on the first MTK MMA card against Will Cairns and followed up with a great performance against Valean Adrian at MTK MMA in October. Huseyin Garabet (4-8) will be making his return to the cage after being out of competition for two years. Garabet is a veteran of the Cage Warriors, BAMMA, UCMMA, and Cage Rage promotions.

I can confirm that UK Fight Site.com will be producing exclusive content with the fighters featured on MTK MMA cards. The popular Focus Mode series will return in 2019 and follow the training regimes of the fighters. The series has already featured Joe Draper, Evan Jays, and KGP champion Luke Whelan. You will also be able to watch exclusive video features about the fighters and promotion.