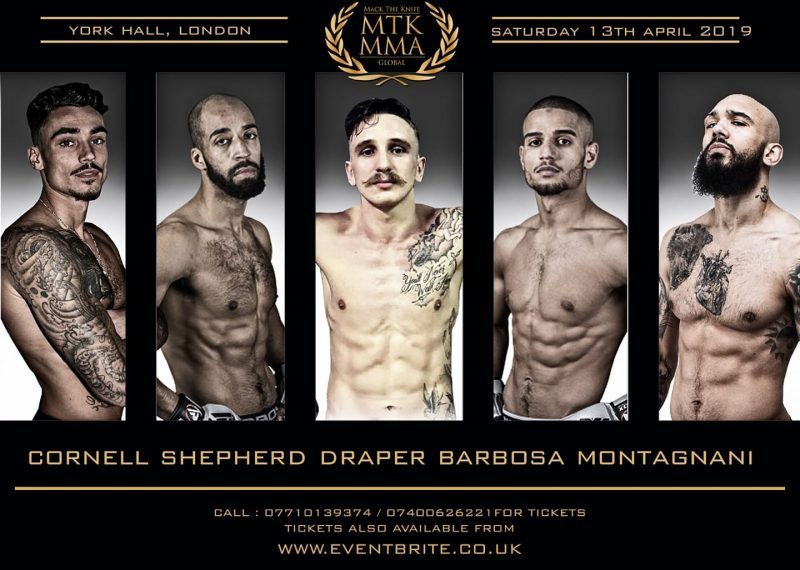 MTK MMA will be heading to the iconic York Hall in Bethnal Green on Saturday 13th April 2019. The promotion has announced they will be crowning the inaugural MTK MMA Welterweight champion and featuring an MTK MMA Middleweight title defense. The card is also set to feature a 4 man Featherweight Title Eliminator and stacked amateur card.

Jaz Singh (1-0) let the Welterweight division know that he was a force to be reckoned with after knocking out kickboxing veteran Tommy King in the first round. Singh replaced an injured Scott Jansen and found himself part of the 4 Man Welterweight Title Eliminator with 3 dangerous finishers. Singh is a member of Team Crossface in Watford, where he trains under head coach David Lee.

Tayo Odunjo (1-0) earned his title shot after he submitted the dangerous Jahreau Shepherd in the first round at the Indigo last month. Odunjo brought an amazing group of supporters with him that will definitely make their presence known at the historic boxing venue York Hall. Tayo trains under the tutelage of MMA veteran Steve O’Keefe at Revolution Martial Arts and works on his Brazilian Jiu-Jitsu at the Roger Gracie Academy.

Tayo Odunjo fans celebrating outside of the Indigo in London