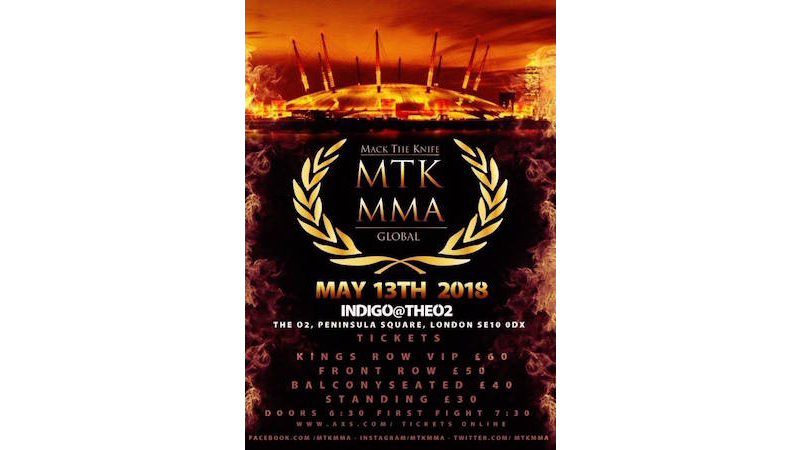 MTK Global will continue its journey into the Mixed Martial Arts world with MTK MMA Global’s first show on Sunday 13th May in the Indigo at the O2 Arena.